Travel Guides>Europe>48 Hours in Madrid: Top Things to See & Do

Discover the top things to do in Malaga for a 48 hour weekend city break!

With its breathtaking architecture and cultural cachet, Madrid is the perfect place to visit for a weekend. Although you won’t be able to see everything in two days, you’ll still have plenty of time to enjoy the best that this city has to offer. As one of Europe’s most popular cultural hubs, Madrid really is a must-see. Famed for its historic buildings, world-class museums and unbeatable nightlife, there’s something here to suit every type of traveller. If you’re heading to Madrid for a short break, read on: here’s how to spend 48 hours in the Spanish capital. 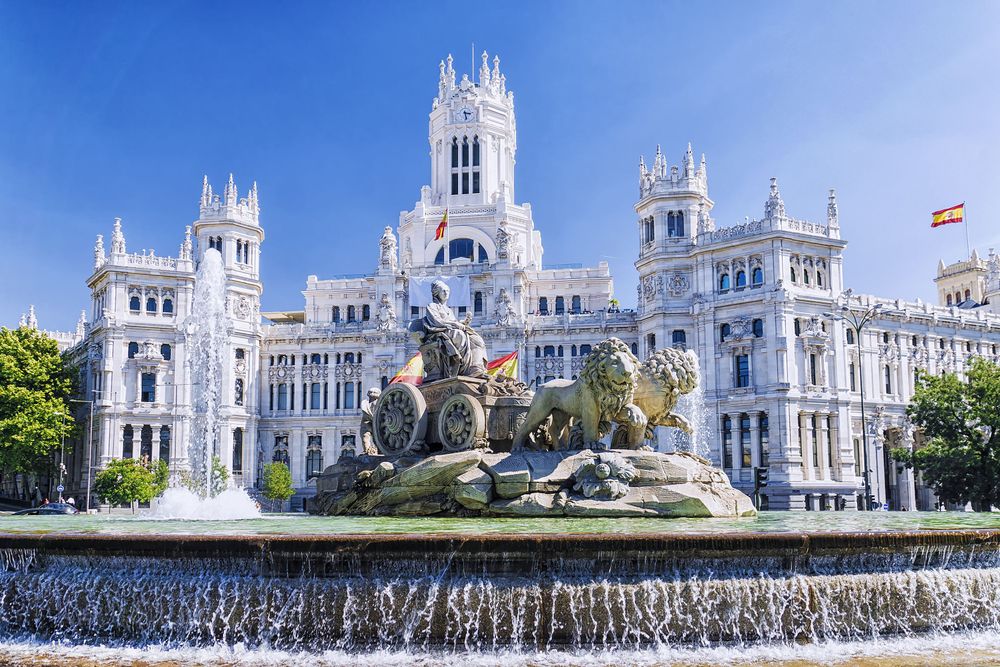 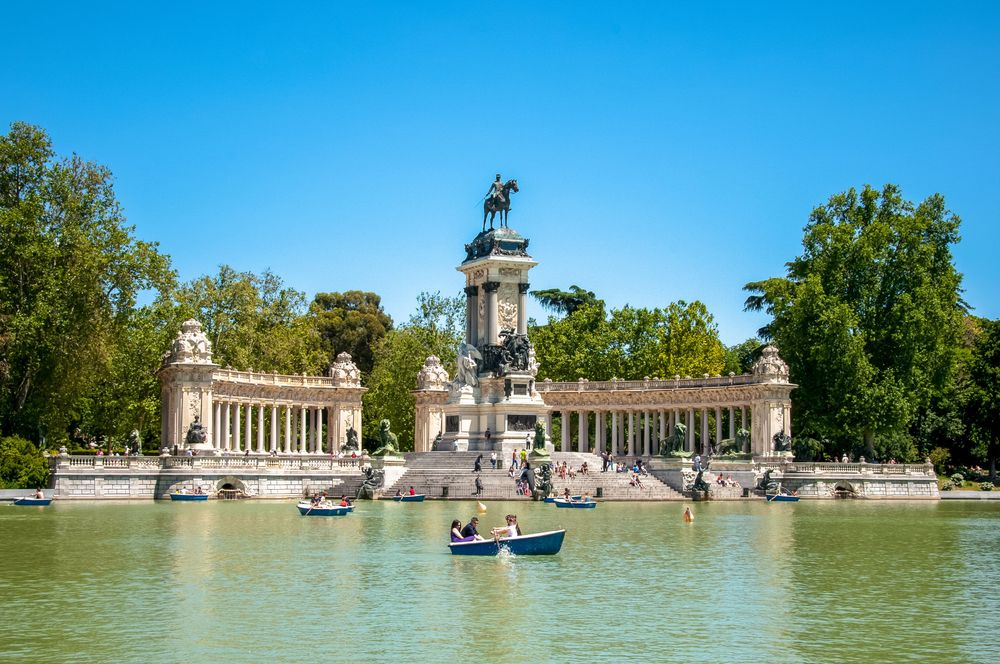 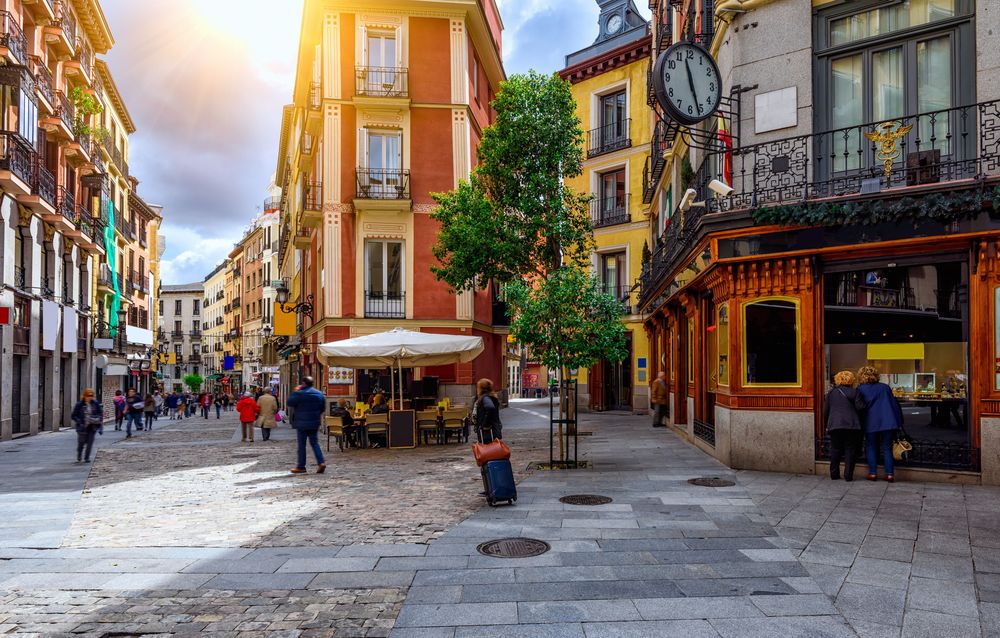 Spend your first day getting into the swing of things and sampling some of Madrid’s much-loved attractions – and food!

Start your day the Spanish way: with a breakfast of churros dipped in chocolate. You’ll be able to find these in every corner of the city, but one of the most famous spots to sample this sweet treat is Chocolatería San Ginés. Tucked away down a little side street in the centre of town, this traditional café – replete with marble tabletops and mirrored walls – has been in business since 1894. If you’ve booked a stay at easyHotel Madrid Centro Atocha, it’ll take you around 30 minutes to get there on the metro. Walk to Mendez Álvaro station and make your way to Sol; Chocolatería San Ginés is a 5-minute walk from here.

Next, head to the historic Plaza Mayor, which is just 2 minutes away on foot. Located in Madrid’s oldest district, Los Austrias, this square dates back to the 15th century and was once the centre of Old Madrid. Today, it’s a vibrant public space, with bustling bars and restaurants, shops and street musicians. Enjoy an al fresco drink or simply take a stroll and soak up the ambience. Before you leave, be sure to check out the famous Philip III statue in the centre. If you’re visiting Madrid for a winter city break, you’ll find the city’s Christmas markets here, too.

Although there are plenty of restaurants surrounding Plaza Mayor, they’re not the cheapest in the city. Instead, we recommend venturing out to the side streets beyond the main square for lunch: this is where you’ll find traditional fare at local prices. Casa Botín – which is, according to the Guinness Book of Records, the oldest restaurant in the world – can be found mere minutes away on Calle Cuchilleros (Cutlery Street). Founded in 1725, it used to be one of Ernest Hemingway’s favourite places to dine in the city. The restaurant specialises in suckling pig, but its menu caters to all tastes. Lunch runs from 1pm-4pm.

If you have time, it’s worth taking a look at the Royal Palace of Madrid while you’re in the area (it’s an 8-minute walk from Plaza Mayor). Featuring over 3000 rooms, this 18th century palace is an architectural marvel. Selected areas – including the lush surrounding gardens – are open to the public. It’s a budget-friendly attraction, too: general admission is only 12€, but you can get inside for free between 4pm and 6pm, Monday-Thursday.

From Plaza Mayor, you can walk to the Museo Nacional del Prado in under 20 minutes. The Prado houses an impressive collection of artworks, with some pieces dating back to the 12th century. You’ll find paintings by Francisco Goya and Diego Velázquez here, alongside works by other European masters like Titian, El Greco and Peter Paul Rubens. What’s more, entry to the museum is free from Monday to Saturday between 6pm-8pm, and on Sundays and public holidays from 5pm-7pm. But even if you want to get there earlier, tickets are only 15€.

Dinner is served later in Madrid, so you’ll be able to find places to eat across the city after 10pm. Stop off at Calle Cava Baja: a charming street that’s famous for its tapas bars – many of which stay open until late. Taberna LA CONCHA is a popular spot here, thanks to its a varied menu and the generous selection of wines and beers that are available. It’s open from 1pm until after midnight (or from 12.30pm on Saturdays and Sundays).

If you feel like exploring more of the city, head to Calle de las Huertas in Madrid’s Literary Quarter. Historically, the street was home to writers like Miguel de Cervantes and Lope de Vega; today, it’s a thriving cultural hub and one of the city’s most popular nightlife areas, featuring an eclectic mix of bars and restaurants. If you’re looking for something a little different, Cheers Karaoke is a unique cocktail bar with a repertoire of over 30,000 karaoke songs.

On your second day in Madrid, catch some of the city’s other main sights before winding down in the quirky Malasaña district.

El Retiro Park (which is also known as the Buen Retiro Park, or simply El Retiro) is one of Madrid’s most majestic green spaces. Covering more than 125 hectares, this vast park is located to the right of the city centre, close to the famous Puerta de Alcalá monument. It belonged to the Spanish monarchy until the late 19th century, when it then became a public park. Today – together with Paseo del Prado – it’s recognised as an UNESCO World Heritage Site, and is free to enter. Featuring ornate fountains, statues, open air cafes, a boating lake and a beautiful rose garden, El Retiro is a green oasis in the heart of the city.

After enjoying your morning stroll through the park, make your way to the Museo Reina Sofía – which will take just 15 minutes on foot. This is Spain’s national museum for 20th century art and it features some truly iconic paintings, including Pablo Picasso’s masterpiece, Guernica.

If you’re feeling peckish, the surrounding area has plenty to offer. For a laid-back lunch, ACID Café on Calle de le Verónica is a safe bet. With a cosy atmosphere, next-level coffee and a brilliant menu of light bites, it’s the perfect pit stop for lunch.

If you want to up the ante, Bodega de los Secretos will hit the spot. Just 5 minutes from the Museo Reina Sofía, this unique eatery is located in a 17th century wine cellar, with dining alcoves created in the arches. It isn’t the cheapest option, but the quality of the food and the ambience makes it all worthwhile.

Spend the afternoon indulging in a little retail therapy at Gran Vía. This bustling high street is Madrid’s most popular shopping district, featuring high-street stalwarts like Zara and H&M. But alongside this, you’ll find high-end boutiques and a branch of El Corte Inglés – one of Spain’s most iconic department stores.

From Gran Vía, you can easily get to Malasaña. As the birthplace of the countercultural movement La Movida, it’s been a creative hub since the 1980s. Today, it’s still one of Madrid’s coolest neighbourhoods, with countless vintage shops, independent eateries and bustling bars to explore. Many of the shops close around 9pm, but it’s worth getting here in good time so you can do some serious treasure hunting in the second-hand stores.

The bars and restaurants in Malasaña are much like everything else here: eclectic. For tapas, try Bodega de la Ardosa on Calle de Colón. Founded in 1892, this much-loved bar is ideal if you want to keep things low-key on your last night in the city. With its wood-panelled interior, sharing plates and beers on tap, it’s the kind of place where you can really kick back and relax.

La Musa, which is located on Calle de Manuela Malasaña, boasts a suitably mixed menu of fusion dishes that compliment the modern setting. Again, it’s got a casual vibe that’s typical of the eateries in this area – which is exactly what you’ll want after a jam-packed two days!

Whether you’re visiting during the week or weekend, you’ll want to squeeze as much in as you can during your 48 hours in Madrid. For an affordable room close to the city centre, book a stay with us at easyHotel Madrid Centro Atocha and see the capital’s best attractions for yourself.

From €45.99 / night
subscribe to our newsletter
The Best Things to do in Budapest in Winter 2023