The Best Things to do in Lisbon

A vibrant city nestled among stunning hillsides and overlooking the Tagus river, Lisbon has a lot to offer visitors. Full of historical sites, cobbled streets, and great bars and restaurants, the Portuguese capital draws tourists year-round. Discover the best places to visit in Lisbon with our guide, and plan an unforgettable getaway.

Amsterdam is an extremely popular tourist destination, and it’s not hard to see why. Most well-known for its canals, coffee shops, windmills, tulips and for being one of the most bicycle-friendly cities in the world, this city has so much to offer. 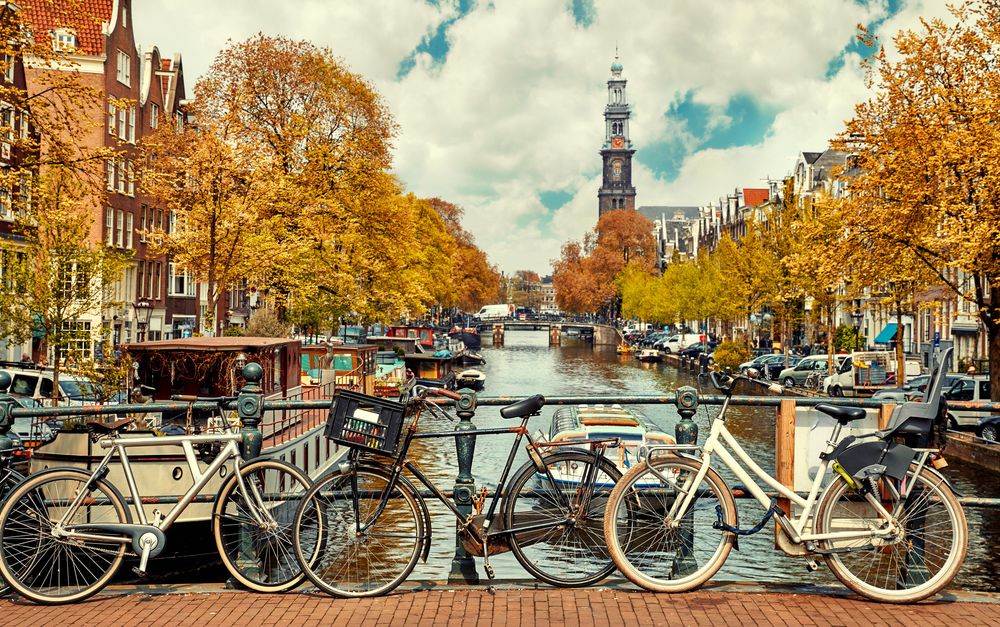 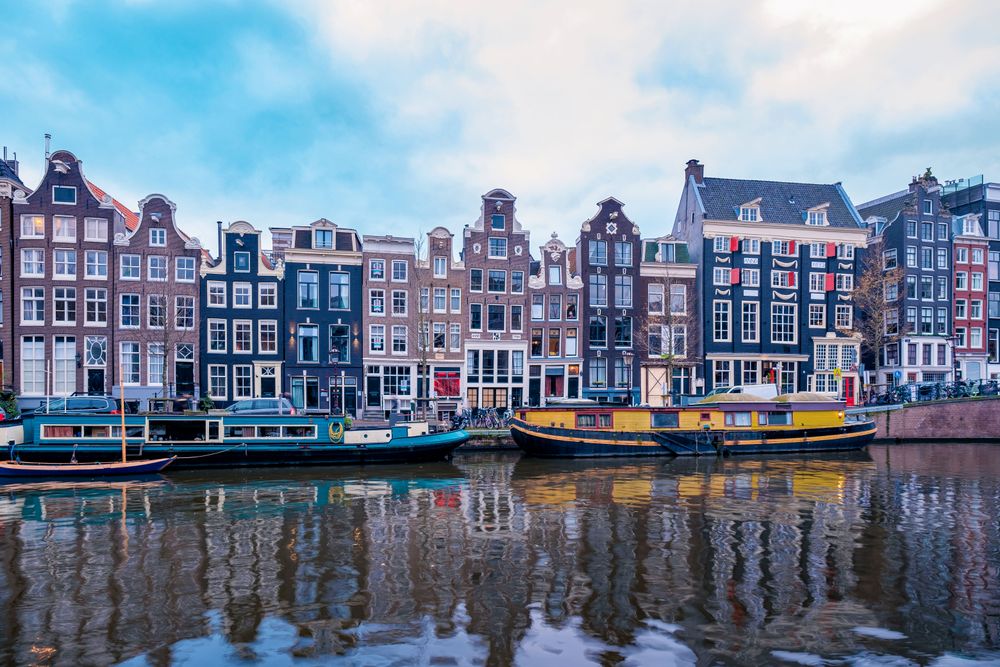 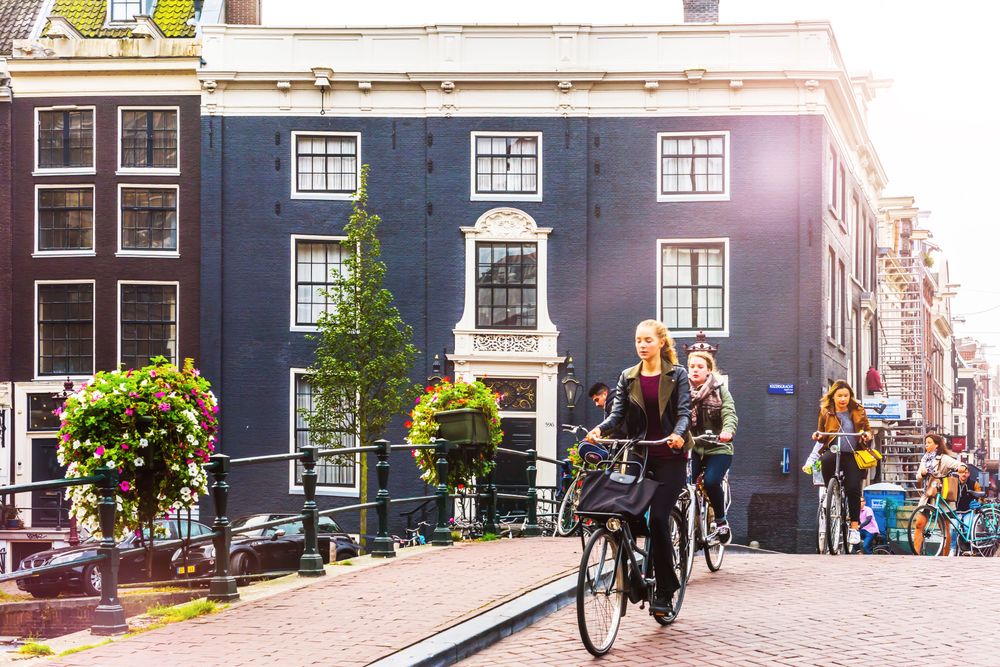 Whether you want to hit all the tourist hotspots, or you’d prefer to explore the canals and find some hidden gems (of which, there are plenty!) there’s something for everyone. One thing we love about this incredible and quirky city is the number of interesting facts it has that most of its visitors don’t know about. We think everyone should know these fun facts about Amsterdam, so here are our top 6 interesting facts about the capital of The Netherlands…

The Dutch sure do love to cycle… For every citizen living in Amsterdam that is old enough to ride a bike, there are 1.3 bicycles! That means that your average (Dutch) Joe has more than 1 bicycle. This might not be so surprising if you’ve been to Amsterdam before, as you’ll have experienced the need to weave in and out of the staggering number of cyclists on their bike lanes. However, if it’s your first time visiting, this can cause quite a shock. While the cyclists generally stick to their cycle lanes and are experienced cyclists, they rule the roads, so don’t get in their way, keep to the pedestrian walkways and keep your wits about you as you cross the roads. We don’t want you leaving Amsterdam after having a nasty bump. But, if you can’t beat them, join them! Pick up your very own bicycle and tour the city the way the Dutch do!

The narrower the house, the cheaper the tax.

We love a nation that thinks outside the box and plays the system and that is exactly what the Dutch do! Back in 17th century Amsterdam, the tax was calculated based on the width of your home but no rules applied with relation to the height of the house. So the Dutch built their houses upwards to save money… And that is why the beautiful canals are lined with picturesque and quintessentially Dutch houses. The narrowest house in Amsterdam is just 2 metres wide, could you live there?!

When you hear the word canal, two destinations immediately come to mind – Venice and Amsterdam. Amsterdam often gets referred to as the “Venice of the North” because of its similar number of canals BUT in fact, the number of 17th-century canals in Amsterdam is actually higher than Venice. With 165 canals to Venice’s 150 canals, maybe Venice should be nicknamed the “Amsterdam of the South” instead! If you fancy a tour around Amsterdam’s intricate canal system, then hop on a canal cruise and see the city from a unique perspective.

The Netherlands is a very low-lying country with half of the country being just a metre above sea level with Amsterdam actually lying below sea level. The only reason it’s not currently underwater is the impressive system of 165 canals and…

… the more than 11 million wooden poles that support Amsterdam’s buildings. Amsterdam is built on clay and the majority of its infrastructure is then set on 15-20 metre wooden poles so that it lies above the sea level. It’s a very sturdy support network but the wooden poles are no match for the marshland beneath and some houses have started slipping and cracking. Best to buy a houseboat in future!

From the Van Gogh Museum to the Amsterdam Museum to the NEMO Science Museum… we could go on. There are museums for everyone and anyone in Amsterdam, with popular museums such as the Rijksmueum and Stedelijk Museum, important museums such as the Jewish Historical Museum & Anne Frank House and more niche museums focusing on microbes, historical ships and sex, you can explore and learn to your hearts content. One thing’s for sure, you’ll never be bored in Amsterdam. Apparently this culture-driven city has the most museums and theatres per capita in the world! Impressive, huh?

Does all this talk of Amsterdam make you want to book a trip? We thought so. With not one, not two but three easyHotels in Amsterdam and the surrounding area, you’re spoilt for options when it comes to booking your city break. If you’re looking for hotels in Amsterdam City Centre or a bit further afield with great transport links to Amsterdam, look no further. We’ll have you soaking up the vibe of this incredible city in no time.

From €53.94 / night
subscribe to our newsletter
The Best Things to do in Budapest in Winter 2023

With its breathtaking architecture and cultural cachet, Madrid is the perfect place to visit for a weekend. Although you won’t be able to see everything in two days, you’ll still have plenty of time to enjoy the best that this city has to offer.