The best tapas dishes to try in Spain

A must-try when visiting Spain is the ever-popular tapas. Find out the best tapas dishes to look out for when you visit our affordable hotels in sunny Spain.

A Guide To The Must-See Gaudi Buildings In Barcelona

A trip to Barcelona is not complete without marvelling at some of the stunning Barcelona Gaudi architecture. He was one of the most famous architects from the Catalan Modernism times and this Spanish city is packed full of unmissable buildings designed by Antoni Gaudi. When it comes to Gaudi Barcelona buildings, the most famous are the Sagrada Família, Casa Batlló, and Park Güell, but there are many more lesser known Gaudi masterpieces dotted around this beautiful city. At easyHotel Barcelona, we love exploring our wonderful destination and our local experts are sharing the ultimate guide to must-see Gaudi buildings in Barcelona. 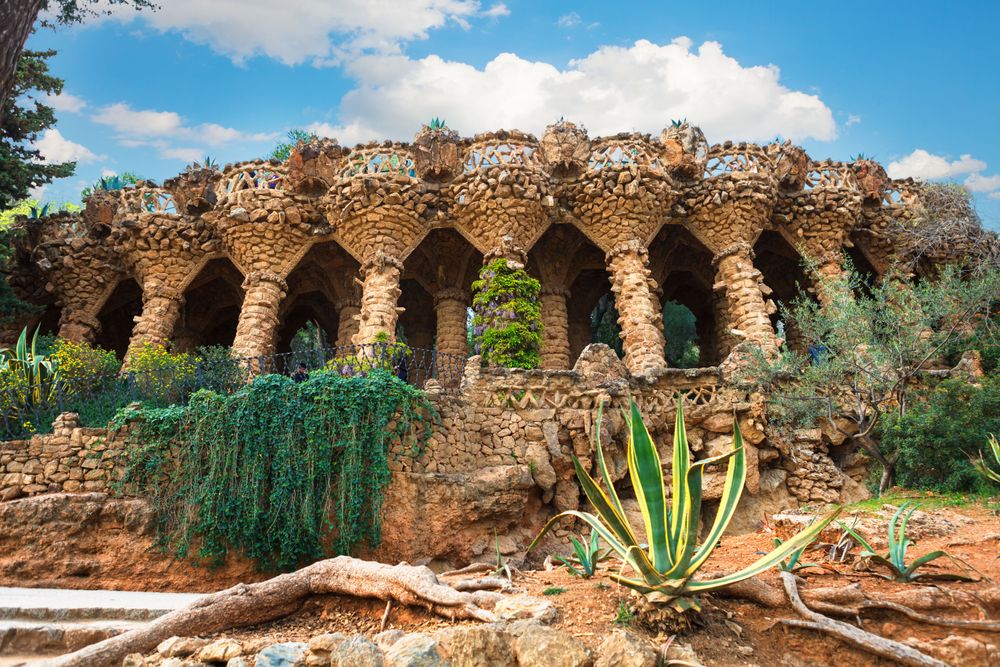 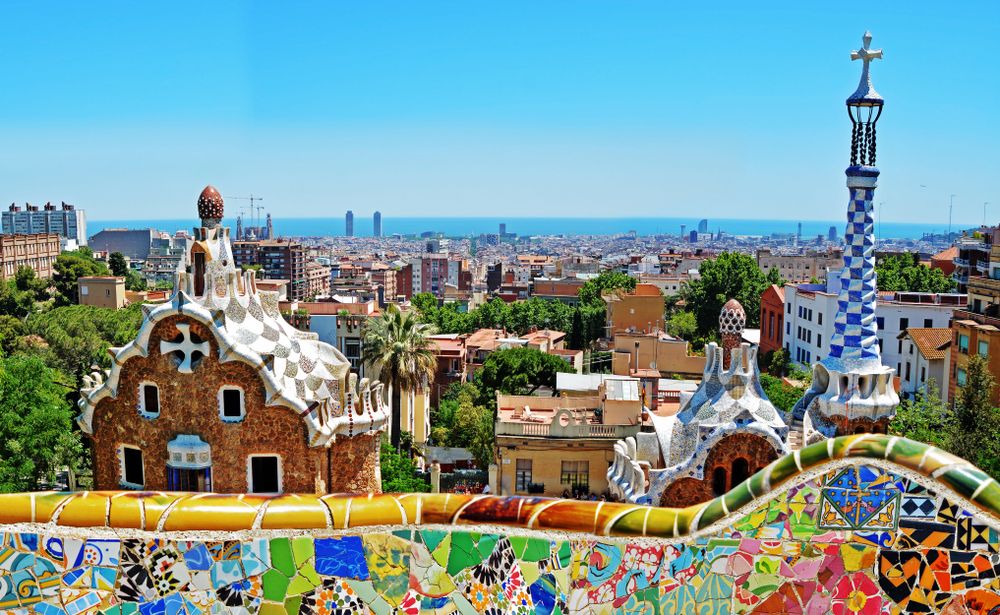 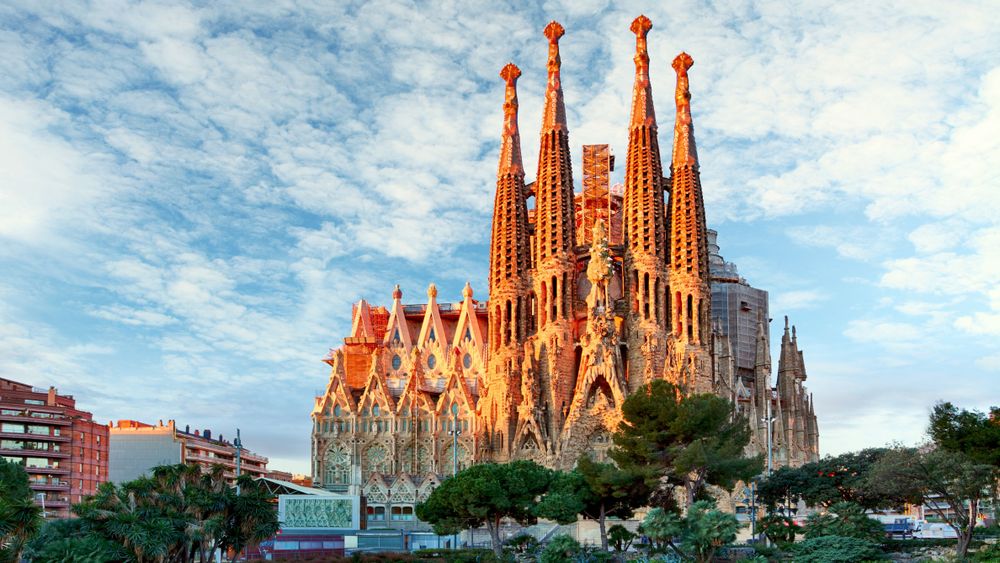 Where Are The Gaudi Buildings Barcelona?

There are many different buildings around Barcelona that were designed by Gaudi, and these make up the unique style that the city has become famed for. In this guide, we are sharing where you can find some of the top Barcelona Gaudi architecture, including the 7 buildings which are known as heritage of humanity. One of the best ways to explore Barcelona is on foot, and we recommend walking the picturesque city to see these Gaudi works of art.

Where Is The Gaudi Cathedral Barcelona?

La Sagrada Familia is easily the most famous of Gaudi’s buildings and has become known as The Gaudi Cathedral across the world. It defines everything that his architecture is all about, combining Gothic styles with Art Nouveau forms alongside his unique geometric look. La Sagrada Familia has been in construction since 1892 and won’t be completed until 2026, marking the centenary of Gaudi’s passing. While this buildings has become known as Gaudi’s Cathedral, it actually wasn’t originally started by him. Francisco de Paula del Villar began Sagrada Familia in 1882 but he soon resigned in 1883 passing the chief architect title to Gaudi.

Whether you’re an architecture buff or not, make sure to check out some of these top 10 please to see Gaudi architecture in Barcelona:

As we’ve just discussed, La Sagrada Familia is an absolute must-see on your trip to Barcelona. Marvel at the building's many spires; did you know there are another ten spires still to be completed? The central spire is the tallest, and represents Jesus Christ, reaching a staggering 170 metres. Gaudi made sure this was one metre shorter than Montjuic Hill in Barcelona, as he thought his creation shouldn’t surpass the creation of God.

Casa Visens was Gaudi’s first important building in Barcelona and marked the start of the Gaudi architecture movement. Not only that, but Casa Visens is considered to be one of the very first Art Nouveau buildings all across the globe. It was designed as a home for a wealthy Spanish family who owned a local ceramic family. Gaudi used this as inspiration for the trencadis façade which is made using ceramic tiles and various ceramic decorations. Casa Vicens effortlessly demonstrates how Gaudi broke out of tradition and created his own style of architecture, with influences from oriental, Islamic and neoclassical designs.

Casa Milá is one of the most famous modernist Gaudi buildings in Barcelona and it was recognised as a UNESCO world heritage site in 1984. It was the last private residential project Gaudi worked on before his untimely death, and can now be seen as more of a sculpture than a home. The unusual rough appearance is made from undulating stone, complemented by forged iron balconies. One of the best spots in Casa Milá is the breathtaking roof terrace which is well worth a visit.

One of Gaudi’s biggest clients was Eusebi Güell I Bacigalupi, and he commissioned the famous Gaudi building in Barcelona, Park Güell. Today a UNESCO World Heritage location, Park Güell is a stunning garden complex which includes many uniquely designed buildings. One of this buildings was Gaudi’s home for 20 years, and today can be visited as the Gaudi House-Museum. Inside, there’s a great collection of objects and furniture that was designed by Gaudi during his life. The most famous sites within Park Güell are the terrace and colonnaded hall. This Gaudi sight is on the outskirts of the city and easiest to reach using public transport.

Park Güell wasn’t the only site commissioned by Eusebi, he also hired Gaudi to design Palau Güell. This building is an impressive palace which was residence to the Güell family, and can be found in Barcelona’s Gothic Quarters. The exterior of the palace is much more sombre than some of Gaudi’s other designs, with hints to his unique style included subtly throughout. The interior is where Gaudi really made his style shine through, with individual features such as a parabolic dome in the central living room and perforated circles in the lounge ceiling.

Yet another Gaudi building commissioned by Güell is Colonia Güell, which was left unfinished after Eusebi halted construction following a drop in profits from his ceramics business. It was designed to be a place of worship for those living in a Barcelona suburb and is a unique oval church and crypt. The crypt is built using basaltic stone bricks and mosaics creating an archaic look, inside there are five aisles, made up of a central nave and then two aisles either side. Gaudi’s construction techniques used in Colonia Güell started the foundation of the techniques used in La Sagrada Familia.

One of the most significant properties of Eusebi Güell is Finca Güell, but the most significant part isn’t the building but the iron gate at the entrance. The buildings on this site were not works from Gaudi, but he was commissioned to redesign the house and add a perimeter wall with grand gates. The main gate is a wrought-iron grille shaped to be a dragon with large wings and forked tongue.

Casa Batlló was restored in 1904 and Gaudi opted for typical constructive elements of the Catalan Art Nouveau including stone, ceramics, and forged iron. The radical design caused a lot of criticism from the city at the time, but it was soon recognised by Barcelona council as one of the best buildings of the year. Casa Battló is a building that needs to be seen to be believed, with few straight lines and a brightly coloured mosaic of broken ceramic tiles. The official name for the building is Casa Batlló but locally the name is Cada dels ossos, also known as House of Bones.

The Calvets were a family of textile industrialists living in Barcelona, and Gaudi was commissioned to construct this residence between 1898 and 1900. Many believe that this building is the most of conventional of all of Gaudi’s designs. One of the main reasons he had to keep this design more mainstream was that it is positioned between two older buildings and is located in one of the most elegant areas of the city. Baroque influences can be seen in the stone façade, and there are sculptural decorations and stunning bay windows.

In Parc de la Ciutadella is a stunning fountain which was one of the very first projects of Gaudi. It was designed in 1881 by Josep Fontsere, and a young Gaudi worked as his assistant during the design. Cascada Fountain took inspiration from Trevi Fountain in Rome, one of the most famous fountains in the world. Around the fountain you can see several sculptures of mythical creatures and horses, and it is well worth a visit.

One of the best ways to experience Barcelona’s Gaudi architecture is with a guided tour by a knowledgeable expert. This Barcelona and Gaudi guided tour will take you through the history of the great architect and some of the best sights of the city. Stay in the heart of the action at easyHotel Barcelona, sign up to clubBedzzz for free and save 10% on your stay.

From €67.66 / night
subscribe to our newsletter
European Winter City Breaks

An Art Lover’s Guide to Paris

The Best Bars and Pubs in Dublin

From the iconic Temple Bar to lesser-known local pubs, discover our guide to the best pubs and bars Dublin has to offer.