Your Essential Guide to the London Eye

Here's what you need to know about the London Eye, a brilliant way to see the city of London from a unique perspective

Your Expert Guide to Covent Garden

Covent Garden is such fun, with fantastic shopping, great places to eat and a covered market you could spend hours in. 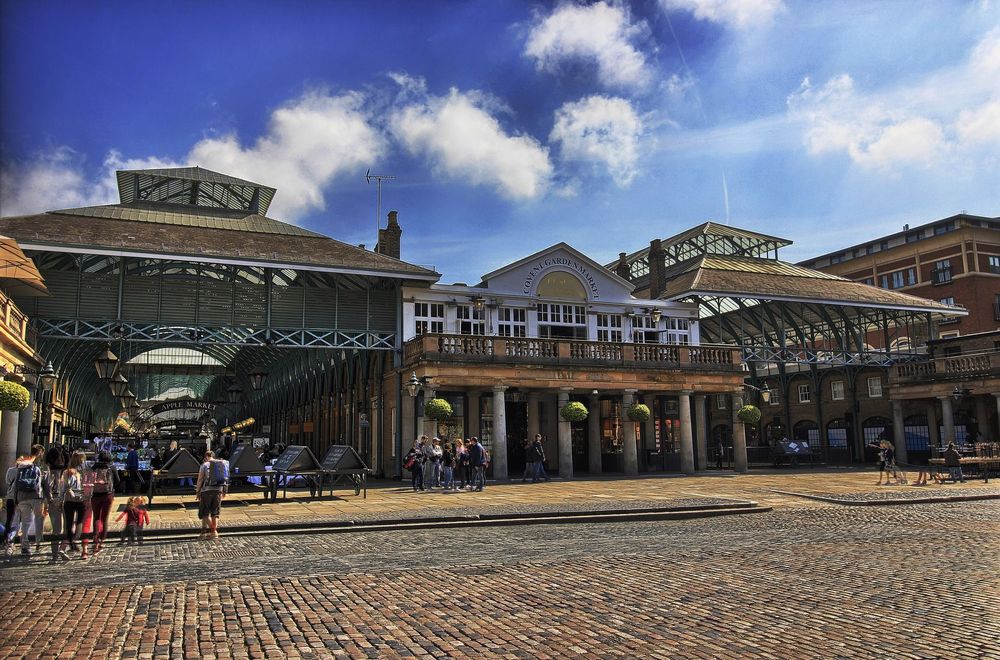 Your Expert Guide to Covent Garden

Covent Garden is such fun. The old covered market area is really beautiful, a place to see talented buskers, amazing magicians, great bands and cool performance artists doing their brilliant thing for the public. There’s fantastic shopping, with lots of independent shops selling gorgeous things. There are places to eat, and some really good pubs, and you could easily spend the entire day there enjoying the vibe.

Covent Garden began life in the 7th century as a Saxon settlement called Lundenwick, which supported an ancient port. It was on the bank of the Thames in the days when the riverbank was The Strand, hard to believe these days. People have lived and worked there ever since. It has been home to the aristocracy, the heart of theatrical life in London and eventually the world’s biggest produce market. Now it’s an international tourist attraction and the location of the Royal Opera House.

If you’d like to put Covent Garden at the heart of your visit to London, why not stay nearby? It’s incredibly central, within easy walking distance of the centre of town and all the pleasures London has to offer. We have a couple of cosy, great value easyHotels close by. For cheap hotels near Covent Garden try the easyHotel Victoria or our newly refurbished Old Street hotel.

What to see and do in Covent Garden

First, Covent Garden opening times. Covent Garden Piazza itself is always open. The shops are usually open from around 10am to 8pm Monday to Saturday and 11am to 6pm on Sundays. The Apple Market opens for business between 10am and 6pm and the East Colonnade Market from half ten to seven pm. Neal Street, Seven Dials, and St Martin’s Courtyard are all great little destinations for cool shops, good pubs and places to eat.

Museums near Covent Garden include the London Transport Museum in Covent Garden Piazza itself, the London Film Museum ‘Bond in Motion’ at 45 Wellington Street and the Library and Museum of Freemasonry on the first floor at 60 Great Queen Street. Sir John Soane’s museum isn’t far away, at 13 Lincoln’s Inn Fields, a bizarre collection of curiosities, and the British Museum itself is on Great Russell Street. Finally, the Courtauld Gallery art collection is at Somerset House on The Strand.

There are some excellent places to eat near Covent Garden, including The Jones Family Kitchen at 7-8 Eccleston Yards, a good steak house, plus the Victory Mansion at 18 Stoke Newington High Street, great for tacos. Hawksmoor Seven Dials at 11 Langley Street serves epic steaks as well, and the Sticks ‘n’ Sushi Covent Garden serves superb sushi at 11 Henrietta Street. Flat Iron at 17-18 Henrietta Street is another local steak house, nice and casual. For seafood head for The Oystermen Seafood Bar and Kitchen at 32 Henrietta Street. Or try Rules on Maiden Lane, London’s oldest restaurant, opened in 1798 by Thomas Rule as an oyster bar

The history of the markets

Covent Garden London markets have a long and interesting history. They date back to 1654 when a low-key open-air fruit and vegetable market slowly grew to the south side of the original square. Pubs and theatres, coffee houses and whore houses followed, and the area soon fell into disrepute. By the 1700s it was a popular red-light district and an Act of Parliament was created to control things.

In 1830 a neo-classical masterpiece of a building was erected, designed by Charles Fowler to cover and control the market, which continued to grow. The Floral Hall, Charter Market, and Jubilee Market were added and by the late 1960s the traffic became so bad something had to be done. 1974 saw the entire market relocated to the New Covent Garden Market, about three miles away at Nine Elms. The central building re-opened as a shopping centre in 1980 and the place has remained much the same ever since.

How to get to Covent Garden

Walking – It’s faster to walk from Leicester Square to Covent Garden than get the tube. It’s a really short walk, an interesting walk too.

Underground – Covent Garden tube station is your nearest, on the Piccadilly line between Leicester Square and Holborn tube stations. Covent Garden underground station only has lifts up so it can be slow at busy times, but you can also get off at Leicester Square, on the Piccadilly and Northern Lines, or Holborn on the Central Line, just a ten-minute walk away. The Embankment station, on the Circle, District, Bakerloo and Northern Lines, is also a ten-minute walk away.