Your Guide to Visiting the Science Museum in London

The Science Museum in London is full of wonder. Here's our easyHotel guide to one of the capital's best-loved attractions, the 6th most popular in the whole of the UK.

If you've ever wanted to get up close to David Beckham or Kate Middleton, now's your chance. Enter Madame Tussauds and prepare for a strangely magical experience. 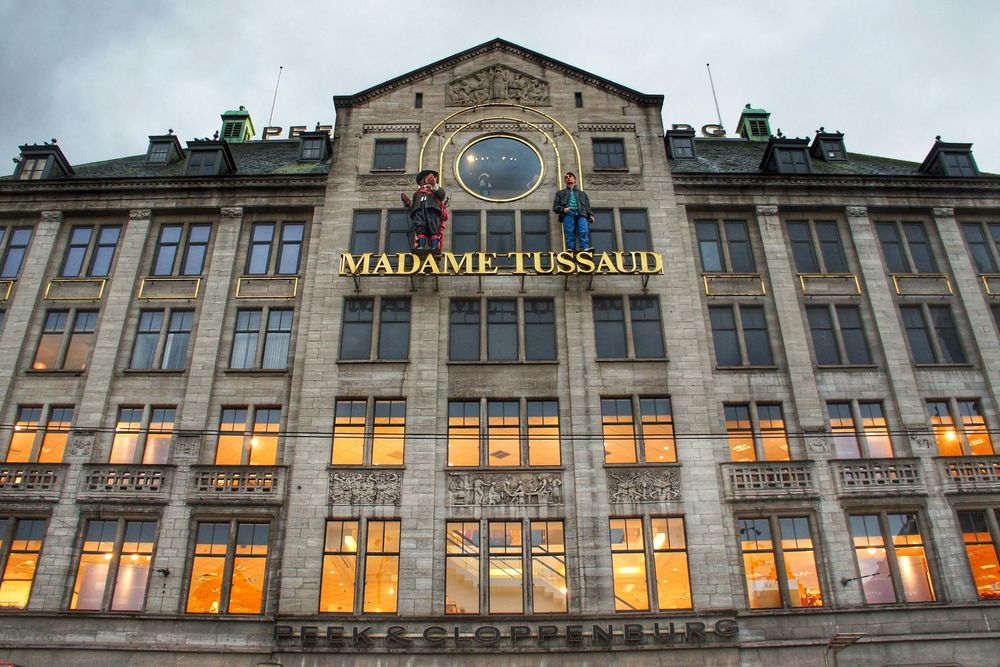 Enter Madame Tussauds and prepare for a strangely magical experience loved by people of every age. The waxwork figures look so real it’s genuinely hard to believe they’re not alive and kicking. The settings are fantastic, adding lots of atmosphere to your journey, and everyone’s favourite famous people are represented there.

Tussaud’s curious legacy is definitely a bit creepy… but in a good way! If you’ve ever wanted to get up close to David Beckham or Kate Middleton, now’s your chance. Maybe you want to see wax models of all your favourite Star Wars characters, as real as can be, or explore the weird world of fictional Marvel superheroes. Madame Tussauds offers all this and lots more, home to the most incredible, lifelike wax models of the famous, infamous and notorious.

Madame Tussauds is about a lot more than wax models, though. Today it’s a hotbed of fun and entertainment, marvellous for children and adults of every age and packed with stars from the movies, the music world, theatre and even the royal family. It’s a bit like being on Broadway for the best red-carpet event EVER!

If you want to place Tussauds at the heart of your visit there are some really nice cheap hotels near Madame Tussauds London. Your nearest easyHotels are easyHotel Victoria, South Kensington and Paddington.

How much are Madame Tussauds tickets?

Madame Tussauds ticket price is £46.50 on the day for adults aged 15 plus, £37 online. For a child aged 3-14 it costs £37.50 on the day and £30.50 online. Family tickets cost £162 on the day and £116 online, a huge saving that also means you don’t have to queue. Important note: If you’re visiting later in the day, make sure you allow at least an hour and a half to get round all your favourite waxwork celebs.

Because there’s a special lift for wheelchair users, Tussauds is accessible to all. It houses more than 300 figures in a total of 15 interactive zones.

What to see at Madame Tussauds

There’s a brilliant Sherlock Holmes experience and an area called Fashion Week, where you can walk the catwalk if you like. And a VIP party to see, complete with glittering stars like Morgan Freeman, Leonardo DiCaprio, Nicole Kidman and Brad Pitt. And you’ll love the cool Sports Area filled with statues of some of the world’s best sporting heroes.

Why not go on a date with the Royal Family and get up close and intimate with Queen Elizabeth, Prince Charles and other members of the family? Or enjoy the Culture exhibit starring luminaries like Shakespeare, Einstein, Hawking, Picasso and Darwin?

The Chamber of Horrors is huge fun – watch out for the non-wax, real-life actors whose job it is to give you a scare! The Spirit of London exhibit zooms you through the capital’s history in a black cab, and Marvel’s superheroes in 4D offers famous superheroes joining forces to fight against evil – children particularly love this interactive movie.

That all being said, be sure to check their website as new exhibitions will often appear.

Madame Tussauds opening hours London are as follows: Open from 9-4 Wednesdays, Thursdays, Fridays and Saturdays, and open 9-5 most Sundays, Mondays, and Tuesdays.

Good restaurants near Madame Tussauds London include Bill’s Baker Street restaurant at 119-121 Baker Street, perfect for contemporary European cuisine, and the Tiger and Pig in Brixton Village, great for Taiwanese food. Victory mansion at 18 Stoke Newington High Street serves tacos to die for, and your nearest Nando’s, a family favourite, is at 113 Baker Street. Last but not least why not give Il Blandford’s a go, located at 65 Chiltern Street and popular for fab Italian food.

How to get to Madame Tussauds

How to get to Madame Tussauds London? It’s very central and very easy to reach.

Walking – Pick a central starting point, use your A-Z or London walking app and find your own way there under your own steam. Every London street offers something to see, every street is different, and walking also happens to be excellent exercise!

Underground – The Baker Street underground station sees you just a couple of minutes from the attraction, serving the Bakerloo, Circle, Jubilee, Metropolitan and Hammersmith & City lines.

Train – Marylebone mainline rail station is just a 10-minute walk away, and you can also catch an underground Bakerloo Line train from there.

From £58.99 / night
subscribe to our newsletter
Our Favourite Cool & Quirky Bars In Shoreditch