The O2 Arena has been home to hundreds of incredible gigs, concerts, sporting events and other kinds of entertainment it puts on, delighting millions of people from across Britain and the wider world.

Check out our guide for one of the country's most legendary sporting and entertainment destinations, the mighty Wembley Stadium. 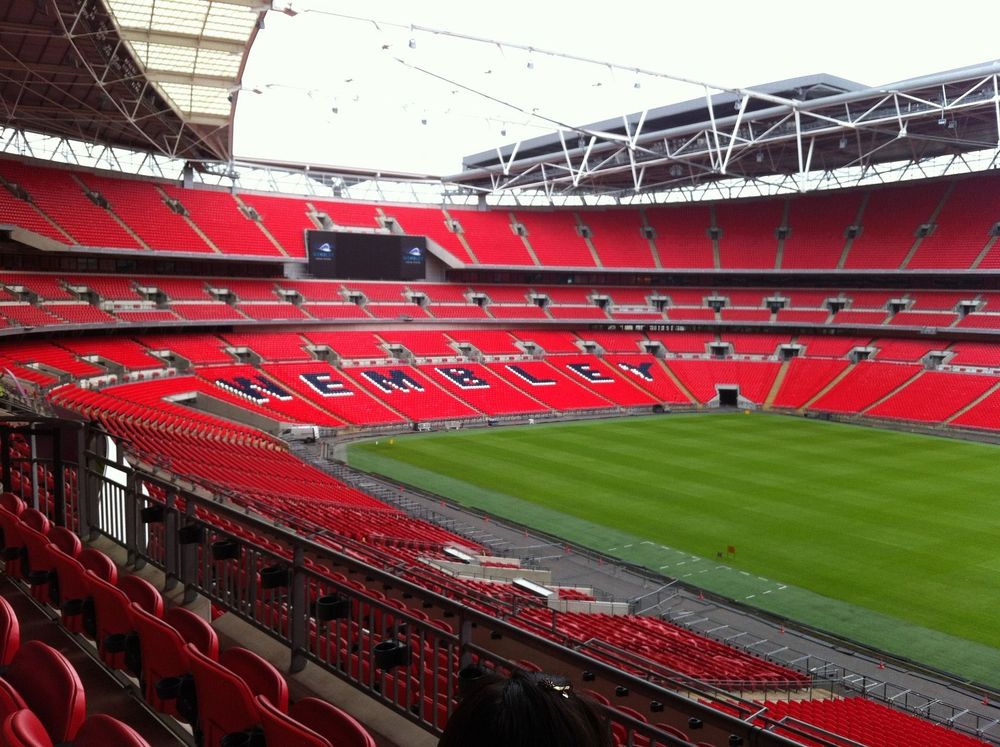 So you’re going to visit one of the country’s most legendary sporting and entertainment destinations, the mighty Wembley Stadium? It really is huge. Wembley Stadium capacity is an impressive ninety thousand people, plus 25,000 more on the pitch for concerts, a truly vast space. If you’d like to make the most of this legendary place and spend plenty of time absorbing the vibe, why not find good hotels near Wembley Stadium? We have the comfy, cosy, friendly easyHotel Paddington and easyHotel South Kensington for you.

What can you see at Wembley? You can examine David Beckham’s Manchester United jersey from the 1999 season, and the brilliant FA 150 Exhibition celebrating the history of the Football Association. The original rules of Association Football are on display, going as far back as 1863, as is the beautiful Jules Rimet Trophy, the actual World Cup that commemorates England’s 1966 victory.

Here you’ll find the 107 sacred Trophy Winner’s Steps, the Royal Box and the Manager’s hot seat in the Press Room, the location of more tension and anticipation than almost anywhere else in town. Oh, and let’s not forget Scotland ace Graeme Souness’ three winning medals from ’78, ’81 and ’84, all part of British football’s vibrant history.

England International Team games – Keep an eye open for some of the finest footie in the land! England plays here, and the atmosphere is extraordinary.

Championship playoffs – The beautiful game here includes all the League Playoff Finals, each a legend in its own right.

NFL – US National Football League games take place here, with just under 30 played at the stadium since 2007. You can see teams like the Kansas City Chiefs, Carolina Panthers, Tampa Bay Buccaneers, The Houston Texans and more there, playing the game they call football and we mostly call incomprehensible!

Music events – Some of the biggest bands on earth have played here, including the Spice Girls, the Rolling Stones, Queen, Michael Jackson and Fleetwood Mac. It’s an amazing place to see live music.

Other events – The Capital FM Summertime Ball is also held at Wembley Stadium.

Wembley Stadium Tour – Wembley Stadium offers guided behind-the-scenes tours taking in the wonders of the famous changing rooms, press room, players’ tunnel, and even the royal box. The tour takes an hour and 15 minutes-ish and runs every day from 10am to 4pm, sometimes once an hour and sometimes twice an hour depending on how busy they are. If there’s a major event on at the stadium there won’t be tours going on, and the same goes for some bank holidays. If you like, take the VIP tour. It’s much more personal and provides exclusive access to even more cool places.

Wembley Stadium Opening hours – The Stadium Tour Cafe is open from half nine in the morning to three in the afternoon 7 days a week, and the Stadium Store is open from 10 to 5 Monday to Saturday, 11 – 5 on Sundays.

Where to Eat Near Wembley Stadium

Great restaurants near Wembley Stadium London include the Bobby Moore Room, inside the stadium itself with amazing views over the pitch. Wagamama is on Wembley Park Boulevard, perfect for Japanese fun. Nando’s is always popular, and your nearest one is on Empire Way. It’s open late nights. Rani Vegetarian at 7 Long Lane is great for Indian veggie food, and Rangrez at 79 New Broadway is another fab local Indian restaurant.

How to get to Wembley Stadium

Walking – If you’re a seasoned walker you can make Wembley Stadium your destination for the day. If not and you want to take in the city on foot, grab an A to Z or walking app and take the tube to somewhere closer to the stadium, then walk from there.

Underground – Wembley stadium is best reached by underground train. Wembley Park tube station is just a five-minute walk away on the Jubilee and Metropolitan lines, and they both connect the stadium with the city centre. Bear in mind the Metropolitan line doesn’t stop as often so it’s faster. The Stadium is just 10-15 minutes walk from Wembley Central metro station, on the Bakerloo line and London Overground metro.

To get extra help planning the best route to get to Wembley stadium from your easyHotel, apps such as citymapper are great to get real-time travel advice, helping you to make it to your seat well in time for kick off!

From £67.00 / night
subscribe to our newsletter
Our Favourite Cool & Quirky Bars In Shoreditch