Top 10 things to do in Belfast

Belfast is lively city full of friendly people and lots of craic! Though it’s got a troubled past, the city has since undergone a lot of expansion and regeneration. In fact, it was named the best place to visit in 2018 by Lonely Planet, along with the Causeway Coast. Of course, Belfast is home to many great bars and restaurants, but there are plenty of tourist attractions to keep you entertained during your stay too. 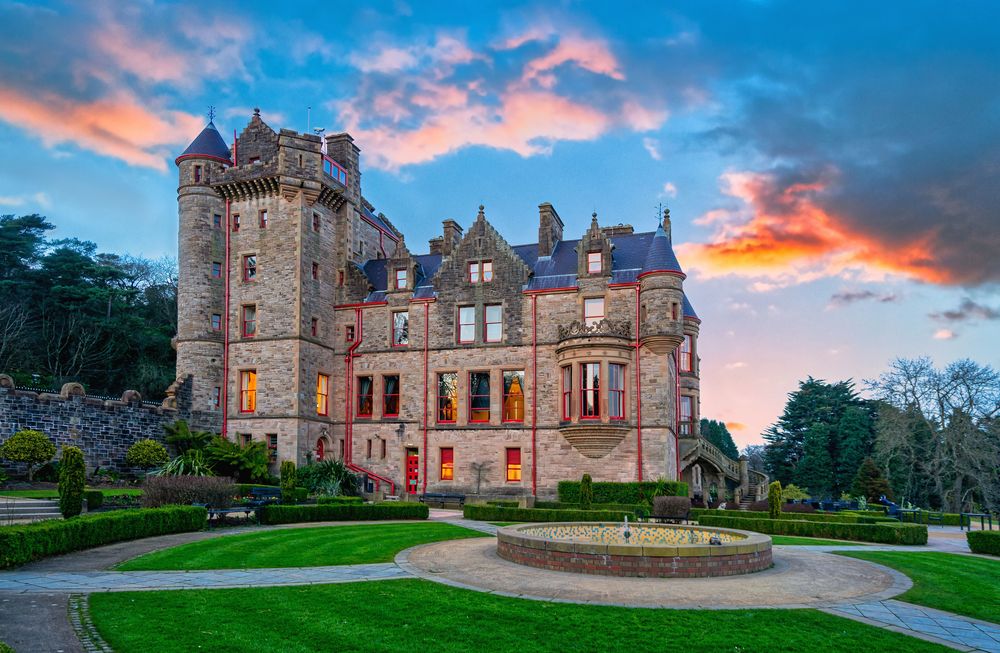 Top 10 things to do in Belfast

From scenic routes to that famous Irish charm, a trip to Northern Ireland is not to be missed. Start your Irish adventure off with a visit to the capital city of Belfast using our guide of top 10 things to do.

In the heart of Belfast city centre, you’ll find City Hall. This Edwardian civic building in Donegall Square is one of Belfast’s most iconic structures, and it’s open to visitors. Take a free 1-hour tour here to find out more about the building’s history, and admire its public art collection and stained-glass windows. On the east side of Belfast City Hall you’ll find the Titanic Memorial Garden, which features a 9-metre long plinth inscribed with the names of those who died in the sinking of this famous ocean liner. During the festive period, the city’s Christmas markets are also held at Belfast City Hall.

2. Belfast Giants and the SSE Arena

While you’re in Belfast, try to catch a Belfast Giants game at the SSE Arena. The SSE Arena (formerly known as the Odyssey Arena) is located in the Odyssey Complex, and is home to Belfast’s ice hockey team the Giants. Tickets can be pretty cheap, with prices starting from £16 for adults.

But if sport isn’t your thing, there’s still plenty more entertainment on offer at the SSE Arena. From live music to comedy, the venue boasts an eclectic list of scheduled events throughout the year.

At the Odyssey Complex, there’s also W5: a much-loved interactive science centre. Alongside this you’ll find a cinema and a bowling alley, too.

You can reach the SSE Arena within 8 minutes by bus, or just over 20 minutes on foot from easyHotel Belfast.

Dedicated to the world’s most famous (albeit ill-fated) ocean liner, the Titanic Belfast opened in 2012, to coincide with the 100th anniversary of the event. Located beside the Titanic slipways, the Harland and Wolff drawing offices and Hamilton Graving Dock – the very place where Titanic was designed, built and launched in 1912 – this museum takes you through the history of the world’s most famous ocean liner. It’s one of the most popular tourist attractions in Belfast, and is definitely a must-see for first-time visitors to the city. It’s open year-round and tickets are available to buy online or at the centre. The Titanic Belfast is just beyond the SSE Arena, and can be reached in 15 minutes by bus from easyHotel Belfast.

Built between 1890 and 1896, St. George’s Market is one of Ireland’s oldest attractions, and the last surviving Victorian covered market in Belfast. Hosting weekly markets on Fridays, Saturdays and Sundays, St. George’s has a whole host of goods available.

The Friday variety market, which is open from 6am-3pm, offers a diverse range of products, including flowers, food produce, homewares and second-hand goods.

On Saturdays, there’s the City Food, Craft and Garden Market, which is open from 9am-3pm. Expect local produce and global food stalls here.

The Sunday Food, Craft and Antique market is open from 10am-4pm, and has a bit of everything – think of it as the Friday and Saturday markets combined. On Sundays, there’s an emphasis on local arts and crafts, with traders selling a range of handmade goods.

There’s often live music at the market, with local bands and solo artists really keeping the atmosphere alive with their performances.

Look out over Belfast and beyond by walking the Divis and Black Mountain ridge trail. Standing at 478m and 388m respectively, these peaks offer far-reaching views of the surrounding area. On clear days, you might even be able to spot the Scottish, Cumbrian and Welsh uplands! This mountainous landscape is a National Trust site that’s located just outside Belfast city centre, but it’s easily accessible by car or public transport.

Cave Hill provides another great vantage point from which to view the city. With a summit of 368m, you can take in the docks, Belfast lough and Mourne Mountains. On a clear day you can even see Scotland from here! This basalt cliff has five caves, which were used as bomb shelters in the Second World War; now the area is a scenic place to spot some peregrine falcons and kestrels.

The most striking natural feature is ‘Napoleon’s Nose.’ Yes, there’s a section of the peak that resembles the profile of the emperor Napoleon!

Belfast castle is set on the southeastern slopes of Cave Hill. This Scottish Baronial-style stately home, with its mix of renaissance and gothic influences, was built in 1870 and is popular for weddings, conferences and events.

Belfast’s most historic prison opened in 1846. Over the course of 150 years, it housed murderers and political prisoners; it’s also been the site of many executions. Crumlin Road Gaol is bursting with history and is the only Victorian jail left in Northern Ireland. It operates as a visitor attraction, and there are a number of tours you can take to learn all about it. Road Gaol can be reached within 15 minutes by bus or 25 minutes walking from easyHotel Belfast.

Belfast is considered the home of the immensely popular TV series, Game of Thrones. Thanks to its rugged coastlines, historic castles and breathtaking scenery, Northern Ireland was a key filming location for the show. If you want to see some of these filming locations first-hand, you can book a tour. You’ll get to visit some truly idyllic spots that became important settings for the series, including Old Castle Ward and Tollymore Forest.

Located on the Antrim coast, the Giant’s Causeway is over 60 million years old and has a mixed origin of myths, legend and science – but we won’t ruin the mystery for you! Made up of around 40,000 interlocking basalt columns, this UNESCO World Heritage site is a natural phenomenon that’s definitely worth experiencing if you have some time to get out of the city. You can easily get there from Belfast, either by car or public transport.

Round-off your trip to Belfast with a visit to the Belfast Botanic Gardens. Originally opened as a private park in 1928, the gardens span 28 hectares and have played an important role towards the study and conservation of plants. Today, the venue is also used for live music events and houses a Victorian Palm House that is open to the public.

Looking for a city break with an urban twist and a drop of culture? The city of Belfast is the perfect destination. To enjoy the many attractions listed above, book a stay at easyHotel Belfast to be close to the city centre.

subscribe to our newsletter
The Best Vintage Shops in Leeds

A Football Fan’s Guide to Manchester

Home to two of the biggest football teams in the country, discover our guide to the best football attractions in the great city of Manchester.

A Guide To The Best Bottomless Brunches In Liverpool

At easyHotel Liverpool City Centre, we know a thing or two about where to go in the city, and we’ve put together this handy guide to the best bottomless brunches in Liverpool.

A Day Out In Reading: Must-Visit Spots

Discover the top things to do in Reading on a day out!