A Guide to Manchester’s Northern Quarter

You could easily spend the entire day (or even a whole weekend!) exploring the Northern Quarter in Manchester. With its unique character, this area is often cited as the creative heart of the city. But it’s more than just the newest hipster spot; there are countless things to see and do here, whether you’re into vintage fashion or fine dining. 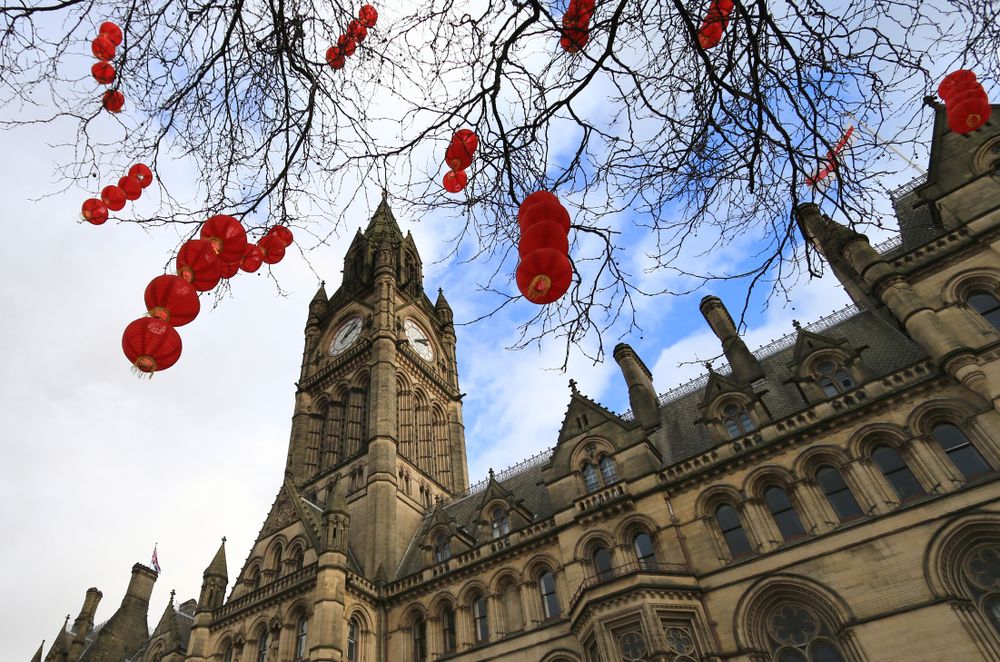 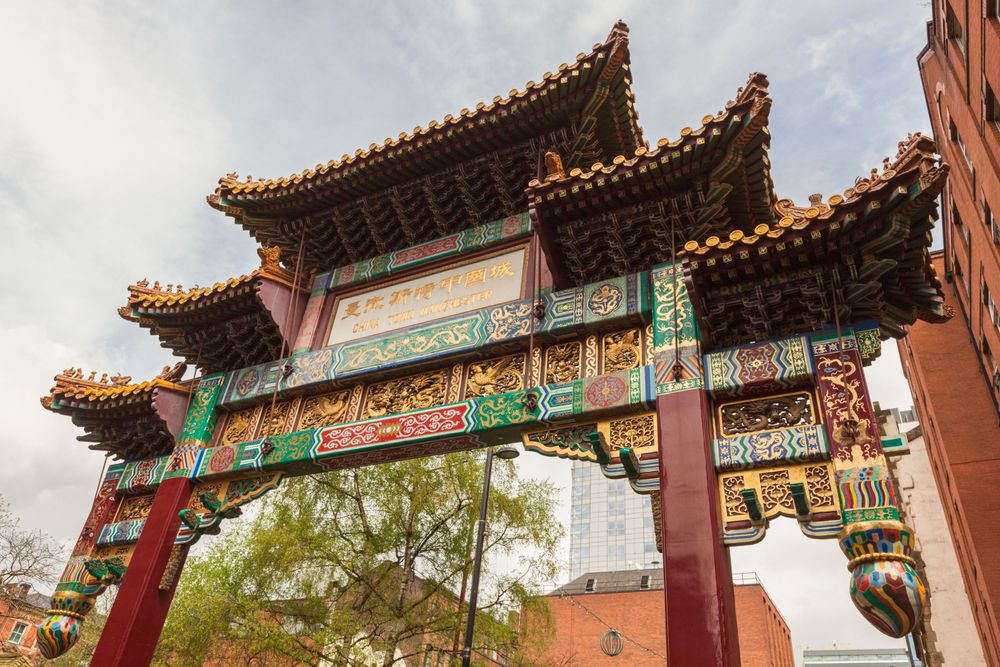 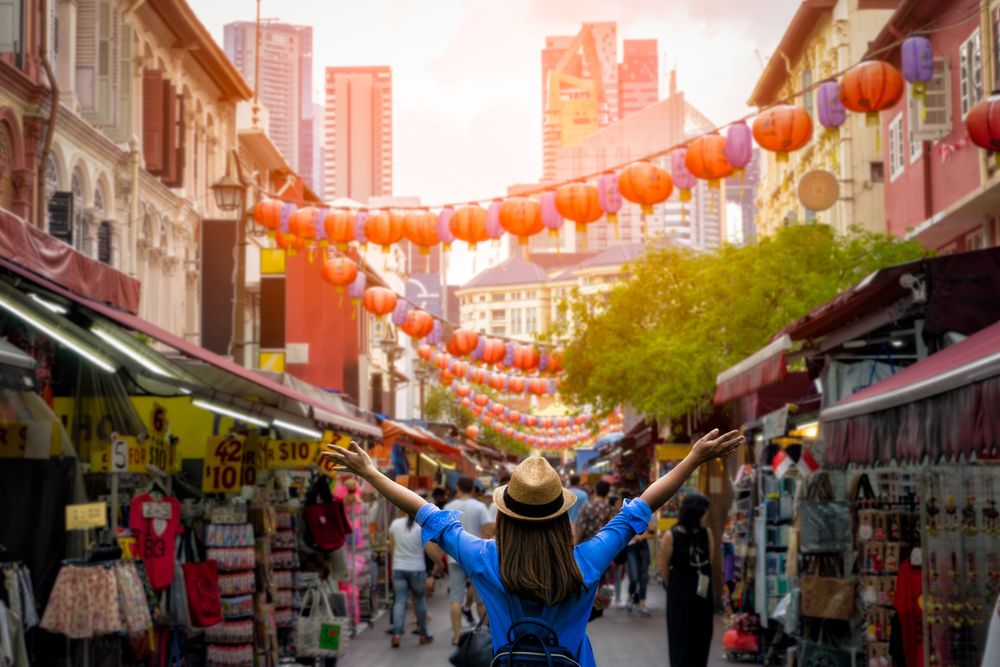 The Best Restaurants in Chinatown, Manchester

Sandwiched between Mosley Street and Portland Street, just left of the city’s famous Northern Quarter, Manchester’s Chinatown is a melting pot of different cultures. You’ll find Chinese, Japanese, Nepalese, Vietnamese and Thai restaurants here, so foodies are spoilt for choice. Plus, there are so many cheap places to eat in the area, making it a great destination for those on a budget.

Here are just a few of our favourite eateries in Chinatown – all of which are less than a 10-minute walk away from easyHotel Manchester City Centre!

Located on Portland Street, this much-loved basement restaurant is the place to go if you like Chinese food with a kick. Specialising in Beijing & Sichuan cuisine (it was the first spot in the city to serve Sichuan food), Red Chilli is a Manchester institution. The menu is vast and varied, with dishes ranging from mild and fragrant to downright fiery. From dim sum to spicy stir-fried classics, it’s the sort of place that really does cater to any taste. Whether you pop in for lunch or go all out before going out out, you won’t be disappointed.

This laid-back Vietnamese eatery opened in 2020, bringing the owner’s family recipes and culture to the northwest. Locals and tourists alike rave about Pho Cue, and with good reason. Expect traditional fare with a twist: alongside classics like warming Pho soup and Vietnamese rolls, you’ll find modern takes on time-tested favourites, including a homemade Katsu curry that’s to die for.

Teppanyaki Chinatown has been celebrating the Japanese teppanyaki style of cooking – whereby chefs grill food on an iron plate in front of diners – since 1987. Often, the chefs will indulge in theatrics as they cook: you might find them throwing and catching an egg or two, for instance. But even though there’s entertainment on the menu, the food speaks for itself. Alongside a wide selection of traditional teppanyaki dishes, you’ll find sushi and other light bites, making it a great option for lunch or dinner.

Serving up traditional Cantonese cuisine in a relaxed setting, The Little Yang Sing on George Street feels like an oasis. Inside it’s cavernous, yet somehow it still manages to be cosy and intimate. So, if you’re looking for some respite from the hustle and bustle, this is the place to go. The menu here is extensive, too, with great vegetarian and vegan options to boot!

Informal and traditional, the Happy Seasons Restaurant is a family-run eatery in the heart of Chinatown. The food is here consistently good, which is why it’s become so popular since opening way back in 1982. Its roasted meats are the stuff of legend, and you’ll often find people queuing around the block at peak times. If you’re looking for authentic Chinese fare that won’t break the bank, it’s worth waiting for. Trust us on this one.

If Thai food is your thing, head to Phetpailin. Since it opened in 2006, it’s become the place to try Anglo-Thai dishes in Manchester’s Chinatown. With a fusion menu that brings fragrant Thai flavours to the fore, you can’t really go wrong. This is another great spot for vegetarians and vegans, although those who eat seafood and meat are also in for a treat. What’s more, this place is BYOB with no extra corkage charge – even better!

Chinatown is home to an unbeatable selection of shops, too. There are countless Asian supermarkets here, as well as a few hidden gems that are well worth a visit. Below are some of the must-see shops you’ll come across.

This unique Chinese emporium sells a huge – and we mean huge – array of traditional arts, crafts and gifts. You’ll find everything from lanterns to tea sets here, making it the perfect place to pick up a souvenir from your travels. There’s so much to see, in fact, that you could easily spend hours perusing the fully stocked shelves. If you want to work up an appetite before sitting down for dinner, we suggest stopping off here first.

Hang Won Hong is a sprawling Chinese supermarket located just a stone’s throw from the famous Arch of Chinatown. Selling a range of fresh and frozen Asian ingredients, it’s the perfect place to stock up on snacks, sauces and seasoning, so you can make your favourite Chinatown dishes at home!

Wong Wong Bakery is a small, independent Chinese bakery on Princess Street. This much-loved shop and café makes the most delicious cakes and pastries, as well as sweet and savoury Chinese buns. You’ll also find traditional treats like mooncakes and bubble tea, which you can eat in or take away. If you’re in need of a sweet fix during your visit to Chinatown, this is the place to go.

Other Cultural Highlights in Chinatown

Being so centrally located, there are plenty of other things to do in and around Chinatown. Make a day of it and head to these cool cultural hotspots while you’re there.

The Manchester Art Gallery is mere minutes away from Chinatown and, being one of the city’s most popular attractions, it’s well worth a visit while you’re in the area.

Situated on Mosley Street, this sprawling gallery houses artworks spanning 6 centuries, with classic and contemporary exhibitions on show. With a collection comprising over 25,000 objects – including painting, sculpture and photography – you could easily spend a whole afternoon here. Entrance to the gallery is free, and it’s open Tuesday-Sunday from 10am to 5pm (although last entry is at 4.30pm).

Given that karaoke is a hugely popular pastime in China, it’s perhaps no surprise that Manchester’s Chinatown is awash with karaoke bars.

K2 Karaoke on George Street is a late-night hotspot for those who want to sing their hearts out in the privacy of their own booth. You can book booths for couples or small groups, as well as large rooms catering to parties of up to 40. They also have a huge selection of drinks (including cocktails and VIP drinks packages) and a pretty sizeable food menu for a bar, too.

If you’re happy to get up and sing in front of a crowd, head to the Orchid Karaoke Bar on Portland Street. This open mic karaoke bar opens until 4am every night, so you can keep singing until the early hours – or watch someone else give it a go if you’d prefer! With a well-stocked bar, neon décor and great deals on drinks (Happy Hour is on Thursdays), it’s got everything you need for a great night out.

Manchester is a beloved UK city, and it’s the perfect place to visit for a weekend. If you’re looking for great food and top cultural hangouts, you really can’t beat Chinatown. Book a stay at our Manchester hotel to enjoy the very best that this city has to offer – right on your doorstep!

From £43.99 / night
subscribe to our newsletter
The Beatles Liverpool Guide

A Football Fan’s Guide to Manchester

Home to two of the biggest football teams in the country, discover our guide to the best football attractions in the great city of Manchester.