Travel Guides>Europe>Top Music festivals In Belgium and The Netherlands

Where to Find the Best Views in Barcelona

From national monuments to rooftop terraces, head to these hotspots to find the best views in Barcelona.

Top Music festivals In Belgium and The Netherlands

Belgium and The Netherlands may be among some of the smallest countries in Europe, but they sure know how to throw a party. The country is known for its electronic music with a wide variety of annual festivals featuring some of the best DJ’s and newcomers alike. But it’s just as much about the experience as it is the music, with the region having maintained its rightful status as one of the hottest party destinations to visit during festival season. 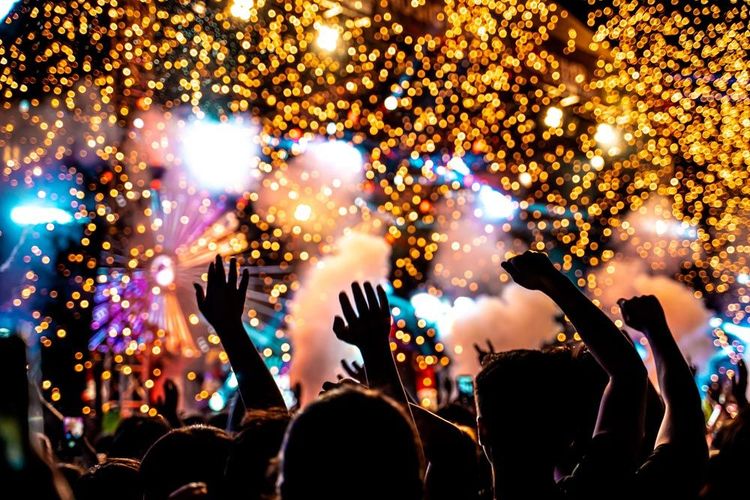 From unique lineups to creative displays, get ready to add these unmissable events in Belgium and The Netherlands to your music festival bucket list.

Situated within Amsterdam’s scenic Sloterpark, Loveland Festival has played host to some of the most electric weekends of house and techno music. The festival itself is all about diversity and self-expression, promising guests a weekend of brilliant beats, pool parties, art installations and delicious street food. The festival features six separate stages with a variety of acts, and since being postponed in 2020, Loveland Festival 2021 is expected to come back with a bang as it celebrates 25 years in the business.

Right along the Dutch coast is The Hague, the third-largest city in The Netherlands and the location of Parkpop Festival. The festival celebrates all things pop in the world of music and is held annually at the start of June. Best of all? It’s completely free entry! Head down to Zuiderpark for a day of fun, featuring a mixed line-up of artists old and new across three mega stages.

Mysteryland is considered the holy grail of electronic music festivals, having earned its title as the oldest dance music festival in The Netherlands. The iconic festival runs annually in Haarlemmermeer just outside of Amsterdam where you can expect to be surrounded by a backdrop of forest, lakes and even laser beams! Most importantly, Mysteryland is famous for hosting some of the biggest names in house, techno and electronic music across its 16 stages.

Into the Woods – Amersfoort

Get ready for an electronic music festival like no other! In a two-day festival where fairytale meets techno, Into the Woods will be celebrating its 10th anniversary in 2021 with special surprises expected throughout. The festival is held annually in Amersfoort, Netherlands, sitting East of Amsterdam and is only a 40-minute train ride away from the city. Perfect if you’re staying at any one of our affordable hotels in Amsterdam.

Since launching in 2005, Tomorrowland has become one of the biggest electronic music festivals attracting crowds of over 70,000. The festival is held in the appropriately named town of Boom, Belgium. So, if you’re looking for reasons to book a ticket to Tomorrowland festival, you won’t be disappointed by its impressive line-up, quality stage production and colourful themes. Visiting Brussels before heading to Tomorrowland? Don’t forget to book a stay at easyHotel Brussels in the heart of the city centre.

Where conference meets dance fest, Amsterdam’s annual ADE festival is must for any music lover and festival-goer. Showcasing a mixture of genres within a large pop-up event, ADE festival provides audiences with a unique experience that features everything from exclusive presentations, club nights, panel discussions and more. This year’s event is set to take place in October and is one to watch!

From €43.92 / night
subscribe to our newsletter
Things to do Near Charles De Gaulle Airport

Things to do Near Charles De Gaulle Airport | easyHotel

Discover the must-see movie locations from your favourite films set in Paris with our guide.

The best tapas dishes to try in Spain

A must-try when visiting Spain is the ever-popular tapas. Find out the best tapas dishes to look out for when you visit our affordable hotels in sunny Spain.

The Best Things to do in Lisbon

A vibrant city nestled among stunning hillsides and overlooking the Tagus river, Lisbon has a lot to offer visitors. Full of historical sites, cobbled streets, and great bars and restaurants, the Portuguese capital draws tourists year-round. Discover the best places to visit in Lisbon with our guide, and plan an unforgettable getaway.