Top 10 Things to do in Leeds

This vibrant city in West Yorkshire is the 3rd largest city in the UK and considered one of the gems of the north. And it’s not surprising, given Leeds’s lively music scene, buzzing nightlife, lush green spaces and world-class shopping!

The Best Live Music and Entertainment Venues in London

London is home to many great music venues, from world-famous arenas to smaller independent spaces. Whatever genre you’re into, you’ll be able to catch a gig that matches your musical tastes. Here’s our guide to some of the must-visit music venues in the city. 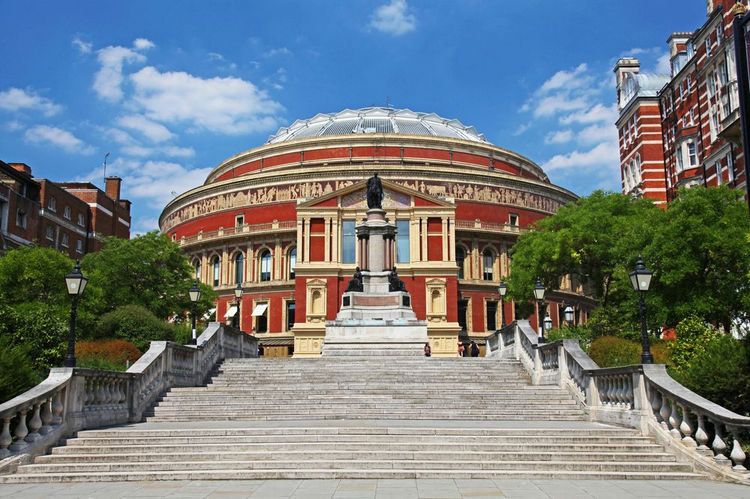 The Best Live Music and Entertainment Venues in London

Whether you’re looking for the latest indie hotspot or want to see one of the biggest bands take centre-stage at an arena, there are plenty of places to watch live performances in the capital. Discover London’s world-class music scene with these popular venues.

The O2 Arena, which was formerly known as the Millennium Dome, was first built to mark the beginning of the millennium. Located in Greenwich, the O2 Arena puts on a huge range of cool events, with performances from some of the world’s best-loved bands and musicians. Drake played 10 nights there in 2019, and other huge names like Beyonce, Ed Sheeran and Pink Floyd have also performed there in the past. It’s been home to the X Factor arena tour and The Brit Awards, too.

Wembley Stadium is synonymous with brilliant entertainment, having hosted concerts from many of the planet’s most popular musicians. Bruce Springsteen and the Spice Girls have played here; it’s also where the famous Live Aid concert took place in the 1980s.

Wembley Arena (or the SSE Arena, Wembley, as it’s officially known), is the sister venue to the Stadium. It too has seen many classic performances over the years: Prince, Britney Spears, Tina Turner, and the legendary Abba have all played here. The venue is state of the art, having undergone an extensive refurbishment in 2006.

A host of hugely successful and influential musicians have performed at the O2 Brixton Academy, including David Bowie, Bob Dylan and Amy Winehouse. It’s still one of the capital’s best-loved music venues, with an eclectic roster of talent on the bill. It’s a beautiful building, famed for its amazing atmosphere and brilliant sound system.

The first ever TV broadcast came from Alexandra Palace during the 1930s and today, it remains as one of the city’s most popular entertainment venues. Ally Pally has seen performances by some of the world’s greatest bands, including Suede, Blur, The White Stripes, and the Stone Roses. Bjork and Jay-Z have also performed at this iconic venue.

The Roundhouse is a real creative hub, with arts and live music at the heart of everything it does. Located in Camden, it’s one of North London’s coolest venues, and is housed in a gorgeous Grade II listed building that was once – of all things – a train shed! This landmark venue has hosted some legendary shows, including The Doors’ only UK gig back in 1968. Other big names have played here too: Paul Weller, Kylie Minogue, Jeff Beck, The Rolling Stones, and Led Zeppelin have all performed at The Roundhouse in the past.

The Southbank Centre is the largest arts centre in the UK, hosting an eclectic mix of events that take place across different spaces within the centre itself. One of Southbank’s most notable musical ventures is its annual Meltdown Festival, whereby established performers curate a lineup of their choosing. Robert Smith, David Bowie, Yoko Ono, Patti Smith, Jarvis Cocker and Nile Rodgers have all taken on the role of festival director in the past.

Located in South Kensington, The Royal Albert Hall is one of London’s most historic and distinguished concert venues. The venue was originally opened in 1871 by Queen Victoria as a tribute to her late husband and has hosted famous artists over the years, including Elton John, Paul McCartney, Janet Jackson and Adele. Other notable events that have been hosted at the venue are the BBC Proms and Cirque du Soleil.

Located in Hammersmith, this popular venue has gone by many names in the past, including the Gaumont Palace, the Hammersmith Odeon and then the Hammersmith Apollo. Today, it’s officially called the Eventim Apollo. The venue has been a designated Grade II* listed building since 2005 and has seen numerous famous faces over the years such as The Beatles, The Rolling Stones, Bob Marley, Robbie Williams, AC/DC, Queen and Jack White to name a few!

West London attracts music fans from all over the world for one reason alone: O2 Shepherd’s Bush Empire. Being a small and relatively intimate venue is part of its charm due to the opportunity that it brings to get up close and personal with your favourite artists (Beyonce did a ‘secret show’ here in 2011, following her standout Glastonbury performance!) and up and coming acts.

Based in Islington, North London, this unique venue also operates as a working church and a drop-in centre for the homeless. It’s known for its beautiful architecture and great acoustics, making it an ideal place to catch acoustic gigs and one-off performances from bigger names since launching as an events venue in 1992.

Head over to Frith Street, Soho for an evening at Ronnie Scott’s – London’s legendary basement jazz club. The venue originally opened its doors in 1959 (having moved to Frith Street in 1969) by saxophonist Ronnie Scott and has since been named one of 12 venues that has made the most important contributions to jazz in the United Kingdom by Brecon Jazz Festival.

Located next to Camden Town station, the Electric Ballroom is another historic North London music venue, with a capacity of 1500. The iconic venue has been open for the last 80 years acting as a hub for many rock and Indie performances from acts such as Paul McCartney, Prince, The Smiths, The Clash, Sid Vicious, Joy Division, Blur, Supergrass, Foals and U2.

Booked yourself an evening of musical entertainment? To be within easy reach of these legendary venues, make sure to check in to one of our centrally located hotels in London.

From £40.99 / night
subscribe to our newsletter
Our Favourite Cool & Quirky Bars In Shoreditch