Big Ben. It's one of London's most famous and well-loved landmarks, a truly British attraction right at the political centre of the capital. Read our Big Ben guide here. 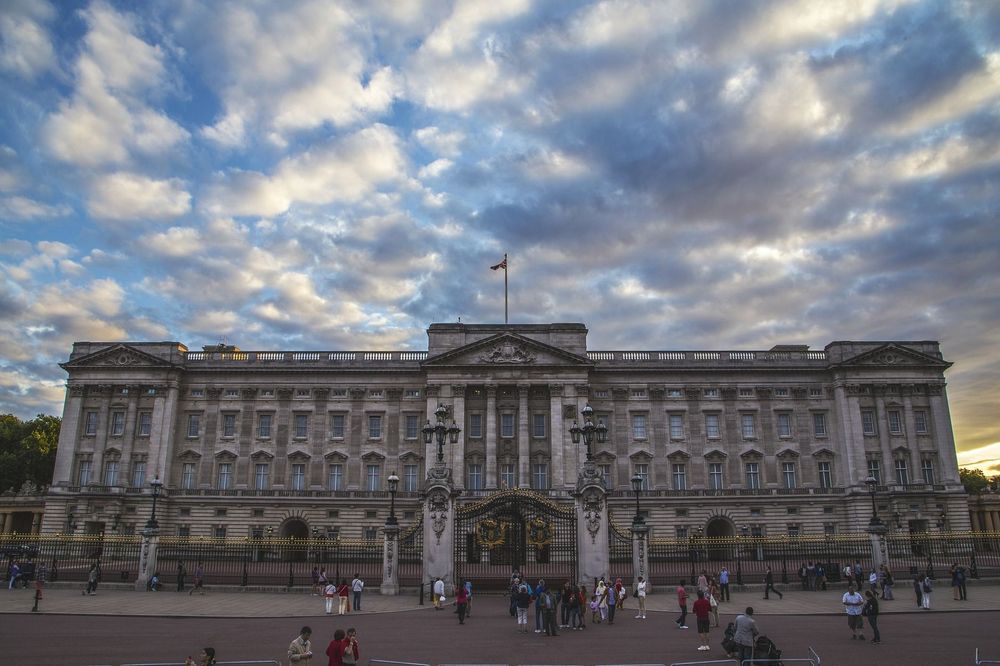 It’s magnificent. It’s extraordinary. It’s home to Queen Elizabeth the Second and the awesome spectacle of the Buckingham Palace Changing of the Guard. Even the fabulous golden gates are special, like something from a fairytale. Here’s our easyHotel guide to the wonders of London’s Buckingham Palace, a top London attraction you won’t want to miss.

An introduction to Buckingham Palace

When was Buckingham Palace built? Roll back time to the early 18th century and Buckingham Palace was simply a very grand house, built by the Duke of Buckingham. King George 3rd bought it in 1762 and it was extended by King George 4th in 1825. A new east wing was added in 1846, and 1913 saw King George 5th redesign the building to create the current Neoclassical style we know and love, packed with glitter and glitz, pomp and circumstance.

The Queen is joined at the Palace by Prince Philip, Prince Andrew and Prince Edward, his wife and their offspring. But it’s more than a home, it’s also the office of the royals, their administrative centre. Her Majesty entertains guests there too, and you can tell she’s at home thanks to the famous Royal Standard flag. If it isn’t flying, she’s not home.

How many rooms are there in Buckingham Palace? The Palace has 775 rooms in total, including 19 State rooms, 52 royal and guest bedrooms, 188 bedrooms for employees, 78 bathrooms, 92 offices, a cinema, swimming pool, post office, doctor’s surgery, a jewellers shop, and even a mini-police station. All this takes 800 people to maintain, including one clockmaker and two horological conservators whose task is to maintain the Palace’s many clocks and watches and wind all 350-ish of them up each day.

A total of five regiments of Foot Guards guard Buckingham Palace, complete with the famously tall, furry hats called bearskins. They’ve guarded The Royals since 1660 and every morning, before coming on duty, they carry out the Changing of the Guards ceremony in the forecourt, a colourful tradition that tourists love.

Whether or not you want to put the Palace at the heart of your visit to the capital, the area is a great place to stay. It has good tube links, and it’s an easy and pretty walk through Green Park towards central London. The Palace is in Westminster City itself, very close to Victoria Rail Station, and there’s a comfortable, friendly easyHotel London Victoria to stay at if you like. Alternatively, why not visit our London Hotel pages for lots of excellent alternatives?

The Palace is home to a number of exciting events, including wonderful Buckingham Palace tours.

The State Room tour gives you a peep into the magical Royal Collection, containing fantastic things like old masters by Van Dyck and Canaletto, rare sculpture by Canova, stunning porcelain, and unique period furniture. You get to explore the Throne Room, Music Room, Picture Gallery and White Drawing Room.

The Queen’s Gallery Tour – The Queen’s Gallery is a remarkable public art gallery within Buckingham Palace, home to as many as 450 works of art from the Royal Collection at any one time. The former chapel it’s in has been beautifully restored, a superb setting for some of the nation’s finest royal art.

The Royal Mews tour reveals the royals’ extraordinary coaches and carriages, some still used on state occasions. The magical Gold State Coach was created for George III in 1762, still used at Coronations, and the elegant grey horses that pull it live in the stables. From April to October, there’s a free hourly 45 minute guided tour included with your admission to the Royal Mews, provided by smart Wardens in navy and red uniforms and designed to reveal the responsibilities of the mews staff.

Clarence House is the official London residence of the Prince of Wales, just behind the Palace, open for hour-long tours of the formal gardens plus five of the grand ground floor rooms used by the Prince for official engagements. A lot of the Queen’s art collection lives here, including mid-20th century masterpieces by Graham Sutherland and Augustus John.

The Trooping of the Colours is the Queen’s birthday parade, a tradition dating back to King George II in 1748. He blended his usual yearly summer military march with his birthday, which was in October. Ever since then the monarch has been allowed to celebrate an official birthday in the summer as well as their actual birthday. The name of the ceremony comes from the 1700s, when the regiments on parade would show off their individual flags.

The Changing of the Queen’s Guard ceremony at Buckingham Palace has been happening every day since 1660. A troop of the Queen’s Life Guard rides from Hyde Park Barracks past the Palace to change the guard at Horse Guards. It happens daily at 11.30am from April to July and every other day during the rest of the year and lasts for forty minutes. Because it happens outside, you can watch for free.

How to get to Buckingham Palace

Walking to Buckingham Palace: London isn’t the world’s biggest capital city. It’s quite small and neat, and the central areas are easy to walk. It’s surprising to discover that many of the city’s main tourist attractions and landmarks are quite close together, and relatively easy to get to on foot. You might find you don’t need to take a tube or train – walking is a brilliant way to get a real feel for London in all her quirky glory. The Palace address is very simple: Buckingham Palace, London SW1A 1AA.

Buses to Buckingham Palace: Catch the C2 bus from Oxford Circus Underground, the 2 from Marylebone rail station, the 92, 18 or 16 from Wembley Stadium, and the 507 from Waterloo Underground station.

From £58.99 / night
subscribe to our newsletter
Our Favourite Cool & Quirky Bars In Shoreditch