Six Nations season is finally around the corner... Ruck yeah!

Forget Christmas, Halloween and Valentine's Day, this is the season that avid rugby fans have been waiting all year for, and the time is almost here! Rugby lovers will be flocking to the local pub to watch their team play, or, better yet, some will be travelling to London, Cardiff, Edinburgh, Dublin, Paris and Rome to get up close and personal and to see their team in action (and hopefully win!)

If you're looking for hotels near the Six Nations rugby pitches, then look no further, easyHotel have got you covered! With at least one easyHotel near five of the six stadiums featured in the Six Nations, you can wing it straight to the centre of the action.

All of our hotels are less than 1 hour away from the stadiums with public transport, and most are much closer... some, such as easyHotel Cardiff City Centre, easyHotel Edinburgh and easyHotel Paris Nord Aubervilliers, are actually in walking distance, so if you prefer to meander from your hotel to the stadium to avoid the crowds (that is, until you get to the stadium itself), then our super central locations will suit you perfectly!

Six Nations season is finally around the corner... Ruck yeah!

So whether you're keeping it within the United Kingdom and you're searching for hotels near Twickenham Stadium in London, hotels near Principality Stadium in Cardiff or hotels near BT Murrayfield in Edinburgh, you can score a try and stay with easyhotel!

If you're looking a bit further afield, for hotels near Stade de France in Paris or across the Irish Sea, for hotels near Aviva Stadium in Dublin, then you're in luck! With two brand new easyHotels opening in Dublin and Northern Paris in a matter of months, we're introducing hotels in two more of the nations and so you'll be able to book your stays in these hotels very soon!

Keep reading for more information on all the easyHotels that are conveniently placed near some of the top rugby pitches in the world!

So whether you're keeping it within the United Kingdom and you're searching for hotels near Twickenham Stadium in London, hotels near Principality Stadium in Cardiff or hotels near BT Murrayfield in Edinburgh, you can score a try and stay with easyhotel!

Where should you stay? 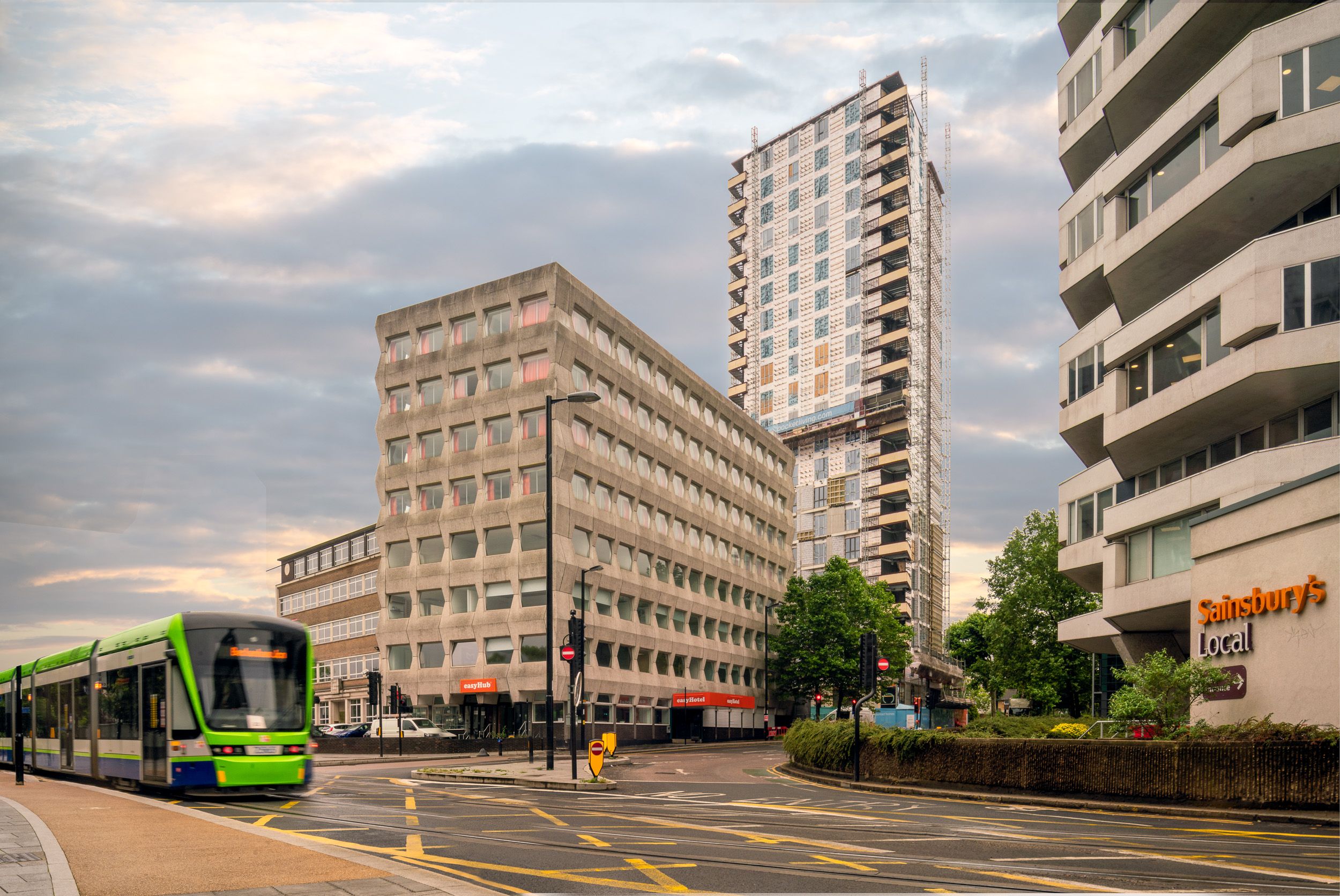 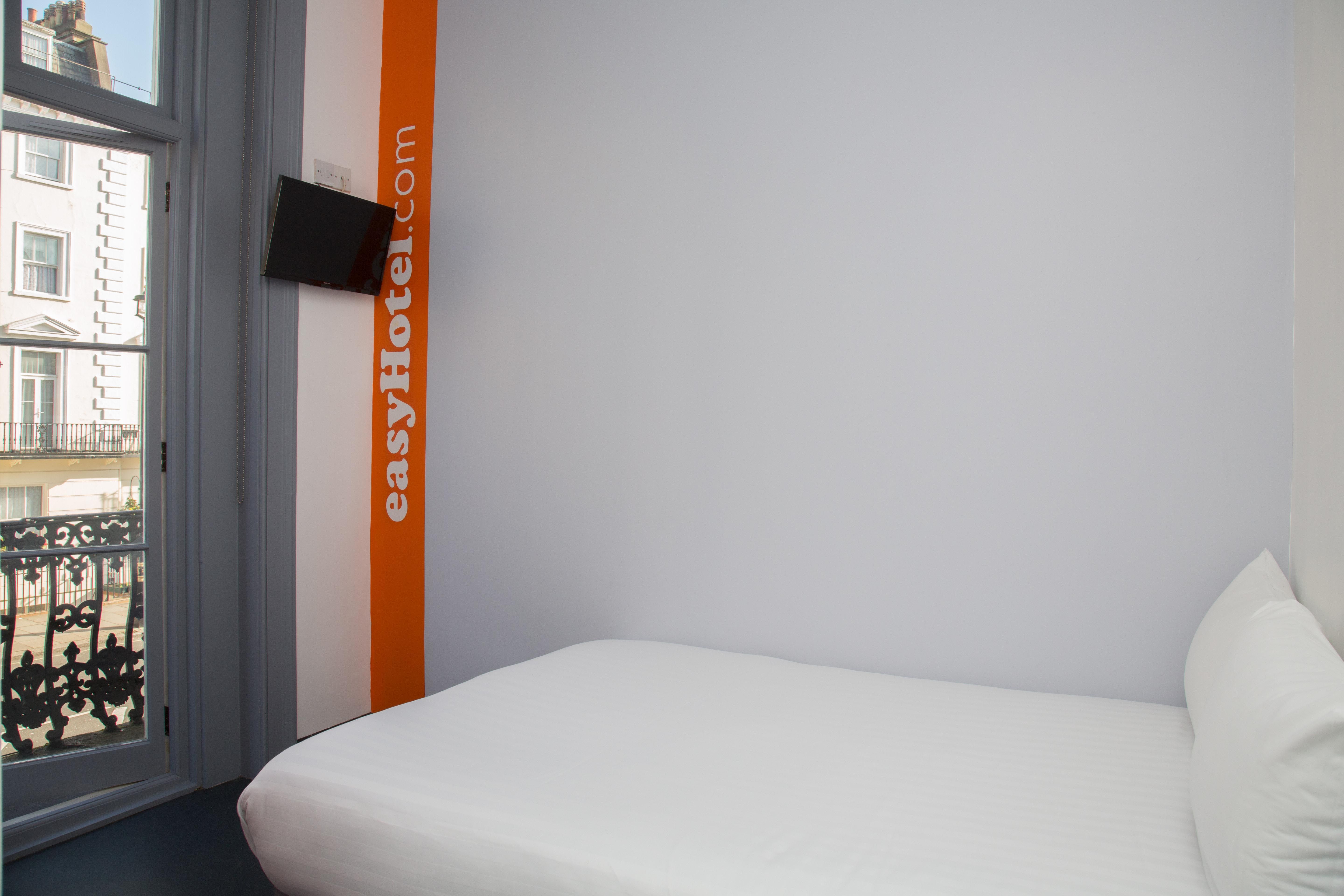 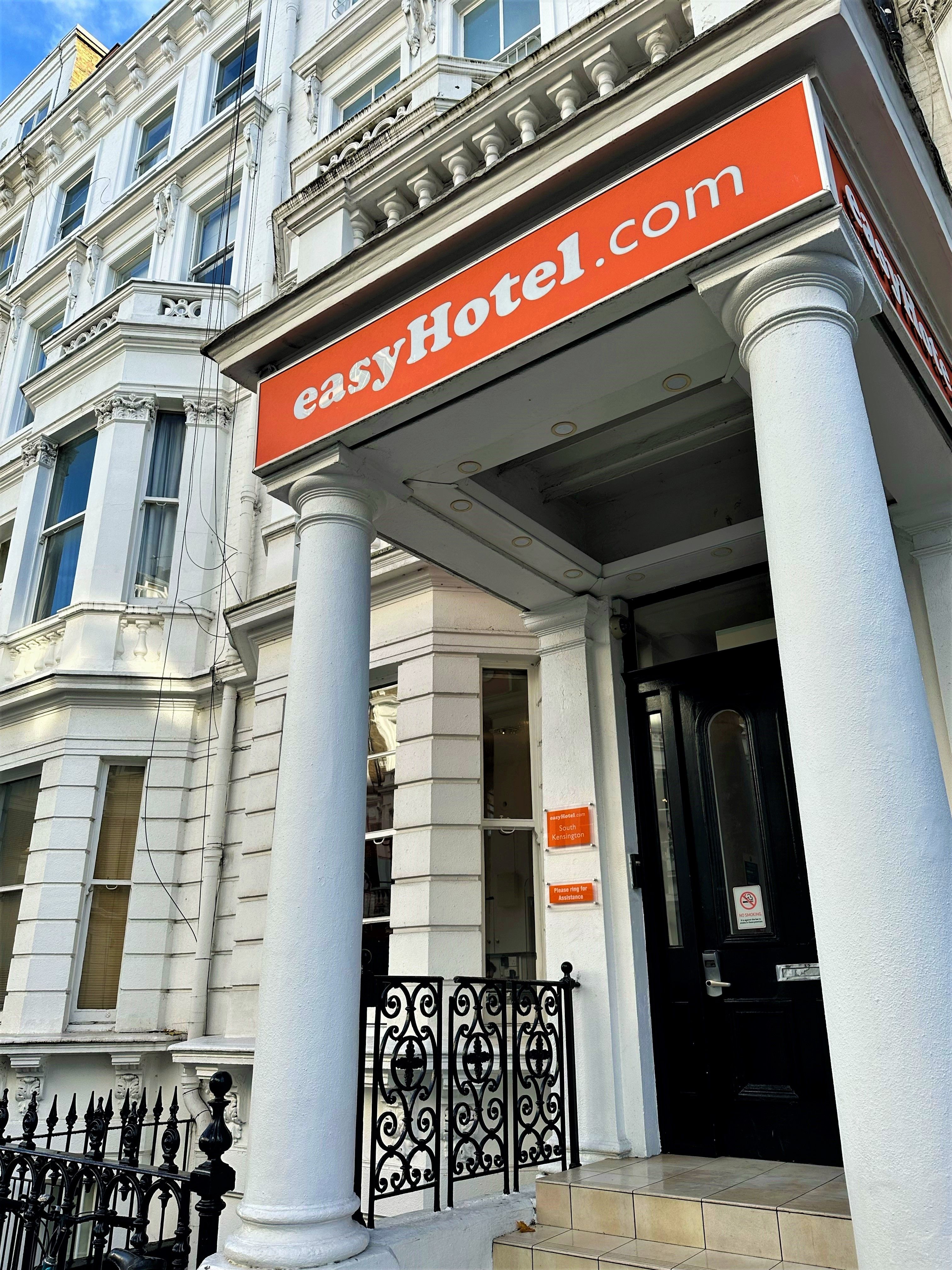 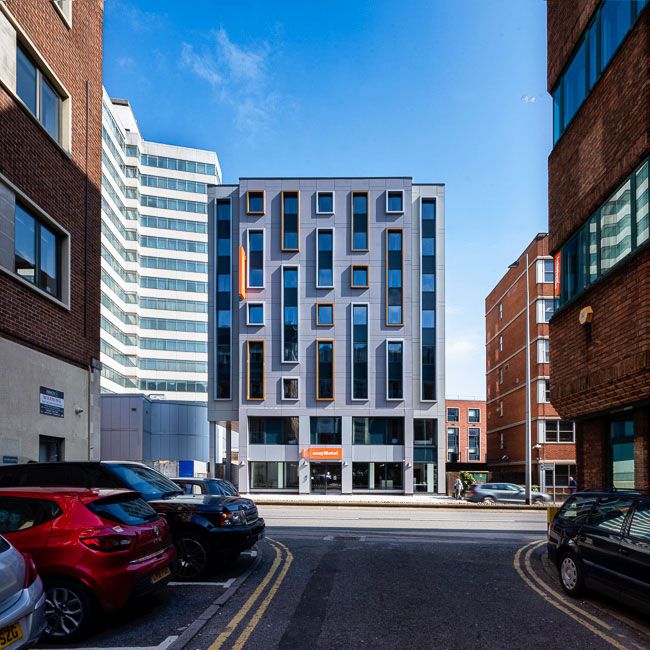 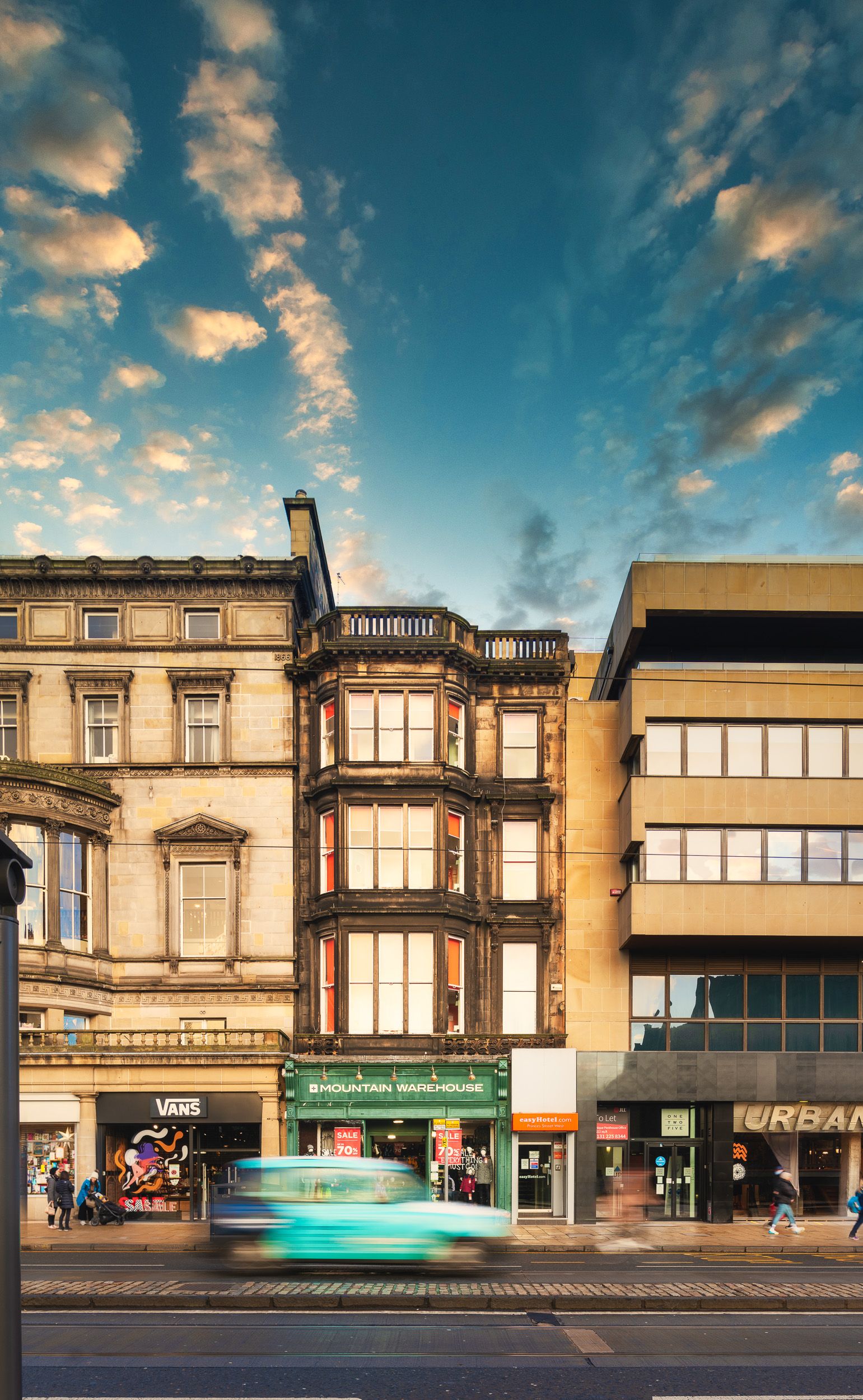 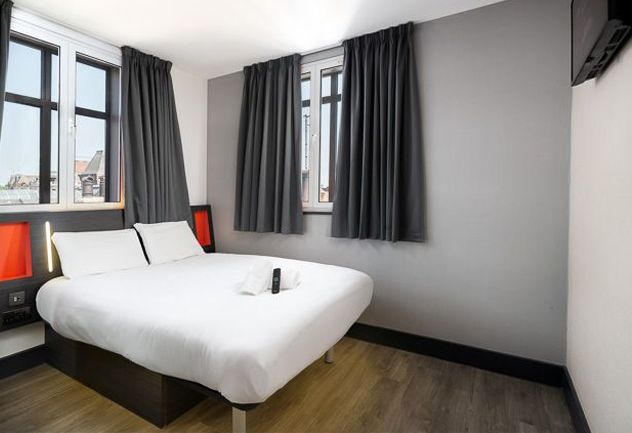 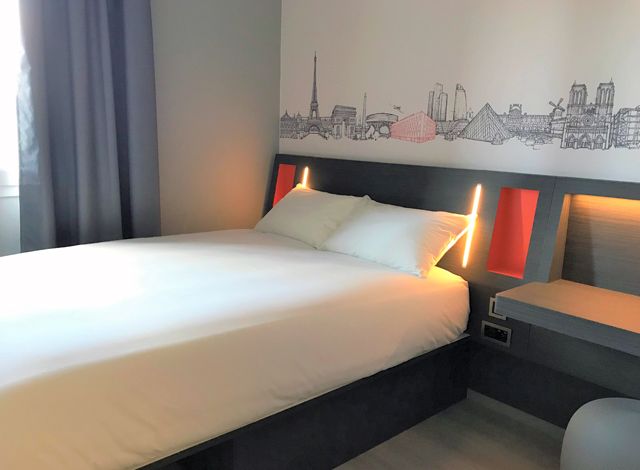 So where is Twickenham Stadium? Yes it is technically in London, but it's not super central so don't expect to hop on a tube and be there in 5 minutes! Twickenham Stadium is located in south-west London, near Kew Botanical Gardens. We have three options for rugby lovers who are searching for a cheap hotel near Twickenham Stadium (all under 1 hour away...), so pick your fancy!

This journey also takes less than 50 minutes most of the time (depending on the time of day!). From East Croydon station, hop on the train to London Victoria but get off at Clapham Junction. From there, the journey is the same as above. Super easy!

Taking just under an hour, this journey takes slightly longer than the other two. Catch the District Line from Earl's Court until you reach Richmond, which should take about 20 minutes. Then, catch the 110 bus in the direction of Hounslow from Richmond Station (Stop E) until you reach Twickenham Stadium (Stop H), which should also take about 20 minutes. The stadium is right in front of you when you get off the bus!

Seeing as it is a 20 minute walk from our incredibly located easyHotel Cardiff City Centre, there is no need for other options. Our easyHotel gets you right in the centre of all the action!

A swift walk on Queen Street and then following Bridge Street through town brings you onto Wood Street. Walk along there for a few minutes until you reach River Taff, and on your right will be Principality Stadium... see, super easy! Alternatively, the buses that take you to the stadium from outside easyHotel Cardiff City Centre (44, 45, 49, 50) leave every 5 minutes and it takes less than 15 minutes from door to door.

Another easyHotel within walking distance from one of the Six Nations stadiums, for a cheap, well-located hotel, you don't need to look any further.

Hop across the road to Stop PY on Princes Street and get on bus 22, 30, X27 or X28 for about 10 minutes until Westfield Sainsbury's. From there it's a 5-minute walk to BT Murrayfield Stadium, so you'll be at the Stadium from the hotel in less than 20 minutes. You can also catch the tram in the direction of Edinburgh Airport, and within 15 minutes from the Princes Street stop, you'll be right outside the stadium.

If you prefer getting some fresh air before the excitement of the match, then a swift 30 minutes walk and you'll be at your destination!

Opening in December 2022 and accepting bookings until the end of February currently, our brand new easyHotel Dublin City Centre is perfectly located for you to enjoy the rugby matches!

Aviva Stadium is just 30-35 minutes away from easyHotel Dublin City Centre with public transport. Simply hop on the red line or one of the many buses that goes from our hotel to/near Connolly Dart Station. Get off at Lansdowne Road and you're 1 minute walk from the Stadium!

What better way to start the new year than by opening our easyHotel Paris Nord Aubervilliers hotel, which is super close to Stade de France!

Catch the 239 or the 139 bus from Front Populaire Station straight to Stade de France in less than 15 minutes, or if you prefer some calm before the storm, you can walk from door to door in less than 30 minutes.

So there you have it, the hotels that are perfect for you to book if you need somewhere to stay in the vicinity of one of the Six Nations stadiums!