London is a historic city full of world-famous landmarks, must-see museums and top attractions. Whether it’s your first or fiftieth time visiting the capital, there’s an endless supply of touristy things to do in the city. Here are some of the most popular tourist attractions in London that you should visit. 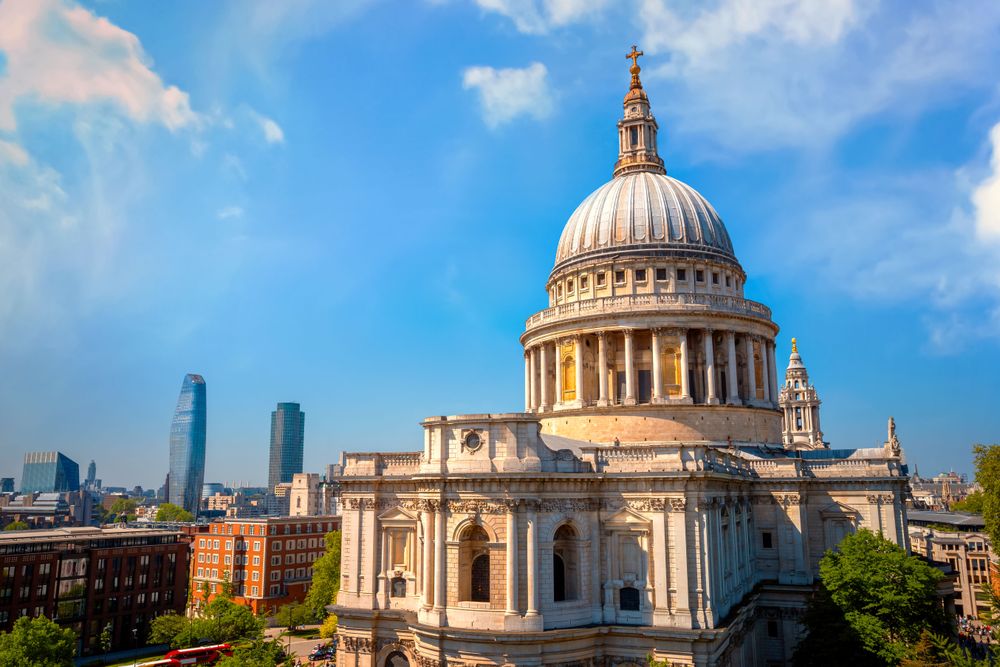 Given that London is approximately 2000 years old, it’s not surprising that there are so many historic sights to see here. On top of that, there’s a whole host of tourist attractions to enjoy, including museums, aquariums and other notable landmarks. If you’re wondering what to do during your stay in the capital, read on; here are some of the best places to visit in London.

As one of Britain’s most iconic buildings, a trip to the capital isn’t really complete without a visit to Buckingham Palace – even if you just take a look at it from the outside. Not only is it home to the queen of the United Kingdom, but also serves as the main headquarters for royal receptions and official events.

Did you know you can visit the palace at certain times in the year? When the queen isn’t at Buckingham Palace, visitors can buy tickets for tours of the State Rooms, the Queen’s Gallery and the Royal Mews. A well-known way to identify that she’s in the building is to simply look up at the Royal Standard flag which signifies whether she’s at home.

If you want to make the most out of your visit, take a look at our guide to Buckingham Palace ahead of time and swot up on this historic Royal landmark.

Built in 1844, Big Ben is one of the capital’s best-loved landmarks which is world-famous for its accuracy. You can take a tour of Big Ben, and also explore the massive Elizabeth Tower that houses the great bell. Elizabeth tower was known as St. Stephen’s Tower until 2012, when it was renamed for the Queen’s 60-year Diamond Jubilee. Please note, Big Ben is currently under refurbishment but will be back chiming.

The Houses of Parliament

The Houses of Parliament are where the UK government does their business. The two houses, namely the House of Commons and the House of Lords, both have a similar job – to make laws, check the work the government does, and debate the issues the nation faces. It’s a fascinating place and you can experience it in a variety of ways: on a tour of Parliament, at a public talk or event, by visiting the ancient Parliamentary Archives or attending events held within the buildings. The House of Lords is open to the public, which means you can actually watch business being done in the chamber and select committees. Plus, it’s free. You can also take a tour of the Houses of Parliament as a guest of a member – which is also free – or as a visitor on Saturdays.

You can take a guided tour or an audio tour of the Houses of Parliament; even include afternoon tea if you fancy a tasty treat while you’re there. There are tactile tours for partially sighted people and private guided tours on tap, LGBT history tours, and Royalty and Splendour tours for groups.

If you or the kids love spooky stories, the Tower of London deserves a place on your agenda. The Tower was built in 1078 as an act of aggression by William the Conqueror and the soldiers of the Norman Conquest. It was originally called The White Tower, and has been the site of many imprisonments and beheadings. It houses a glittering collection of reproduction Crown Jewels, and the Beefeater guards and guides give totally amazing, incredibly entertaining talks about its history. This really is one of the most exciting attractions in London!

Check out our guide to the Tower of London to discover more about this iconic London landmark.

Love wildlife? Come to The London Aquarium to discover 350 species from every important ocean environment in the world. The aquarium offers everything from fascinating daily talks to dives and feeds. Additionally, you can take an immersive, interactive journeys through its Great Oceanic Conveyor; an extraordinary glass tunnel that visitors can walk through, whilst being surrounded by amazing creatures. You’ll walk underneath a tropical ocean, see stingrays being fed, fall in love with the seahorses, and marvel at octopuses, zebra sharks and clownfish. What’s more, there’s a strong focus on marine management, conservation, preservation and education. It’s a great attraction for kids and adults alike!

The British Museum contains the world’s biggest and best collection of Egyptian antiquities; more than a hundred thousand of them, in fact, including the Rosetta Stone. According to research conducted by Statista, the museum is also the most visited attraction in London. Here you’ll find ancient marvels like the extraordinary Parthenon Marbles, plus the Sutton Hoo mask and ship burial collection. It’s stacked with amazing Egyptian mummies, and the Enlightenment Gallery uses thousands of amazing objects to demonstrate how the British understood their world in past times. There’s the magical Standard of Ur, mind-blowing exhibits from Mesopotamia and endless wonderful things from the Renaissance and Medieval era. It’s a cavernous museum with plenty to see, so set aside a good few hours to really make the most of it.

Welcoming more than 5 million visitors each year, the Natural History Museum houses more than 80 million specimens spanning billions of years, making it one of the largest collections of natural history in the world.

The museum itself is free to visit and is divided into four zones to explore:

Want to know more about this iconic London museum? We’ve put together a handy visitors guide to help you plan your visit.

If you consider yourself a fan of the rich and famous, then don’t miss out on a visit to one of London’s most popular tourist attractions.

Madame Tussauds features lifelike replicas of some of the world’s most famous faces, with zones dedicated to music, royalty, sports, film and world leaders. The first exhibition of Madame Tussauds opened in 1835 on Baker Street, with its current location (on Marylebone Road) opening in 1894. The museum also has a variety of attractions which change each year to offer visitors a new experience with each visit.

So, what are you waiting for? Get your camera ready to get up close and personal with your favourite celebrities on what promises to be a fun-filled family day out! Discover more about Madame Tussauds with our handy guide to help you plan your next visit.

The Harry Potter Studio Tour is one of the most popular attractions for children – but adults love it too! Located in Leavesden Studios, where all 8 films in the Harry Potter franchise were made, it’s about 20 miles from central London. Trains run regularly from Euston station, and you can get a shuttle bus to the studios from Watford Junction station at the other end. When you arrive, you’ll get to see fabulous film sets including the Great Hall, the Forbidden Forest and Diagon Alley. There’s a massive collection of props from the films and, of course, exhibits of the brilliant costumes created for them. As well as a host of very cool permanent exhibits, there’s a constant stream of new attractions being added. Tickets need to be booked in advance, so make sure you’ve planned ahead!

When you think of famous London landmarks, one of the first that springs to mind is the iconic London Eye. It opened in 2000 to mark the millennium and, though it was initially intended to be a temporary addition to the city, it’s here to stay – and is now one of the capital’s most popular attractions, with an estimated 3.5 million visitors each year.

Visitors can enjoy a 30-minute ride on one of it’s 32 viewing pods while taking in scenic views of the city. You can save money by purchasing your tickets online, however if you’re in the area and are feeling spontaneous, tickets are also available to purchase on the day (if you have a disability, you will need to purchase in advance).

Check out our guide to the London Eye to find out more about this iconic landmark.

London’s favourite charnel house, Westminster Abbey, holds the remains of many of the country’s great and good. Over 3,300 people are buried there and many more commemorated. This is where every royal coronation since 1066 has taken place; and it also happens to contain a large collection of religious art and artefacts, including England’s oldest altarpiece, stunning wall paintings and the Cosmati Pavement. Remember to look for the gorgeous stained-glass window – called ‘The Queen’s Window’ – by the artist David Hockney, which was commissioned to celebrate the reign of Queen Elizabeth II.

Head East of London and you will find one of the city’s largest and most famous churches. St Paul’s Cathedral has been an important landmark that has played a key role in the city’s history, having been a setting for many notable events, including Royal Jubilees and the wedding of Prince Charles and Diana. In 1964, Martin Luther King addressed a congregation of 4000 from the cathedral pulpit.

The first iteration of the cathedral was built in 604; the present structure was built between 1675 and 1711, designed by Sir Christopher Wren – one of the most highly-acclaimed English architects in history. Since then, the cathedral has become a significant landmark with many visitors from around the world looking to get a glimpse of its interiors and impressive collection of religious art.

Complete your trip to London with a visit to London Zoo. The zoo is the world’s oldest scientific zoo opening to the public in 1847 and currently houses over 750 species, making it one of the largest animal collections in the United Kingdom. The zoo has also been home to some pretty famous critters, including Winnie the bear – a tame female bear who inspired A.A.Milne’s Winnie-the-Pooh, and an African bull elephant called Jumbo, who’s stature and name helped put the term ‘jumbo’ – meaning extremely large – in the dictionary. Discover more about the world-famous zoo with our guide.

The Shard is a relatively new kid on the block, but it’s fast becoming one of the most popular places to visit in London. It stands at an eye-watering 95 storeys high and was designed by the Italian architect Renzo Piano. Located in Southwark, it measures 310m tall and, as you can imagine, the view from the top is nothing short of spectacular. This is Western Europe’s tallest tower, but one brave urban fox decided to live there – surviving on food left by the builders and only discovered later. He was named Romeo, and he was found on the 72nd floor.

The Shard offers some of the best views in London, without a doubt. There are two viewing platforms and you can eat here too. Head for floors 31 to 33 for a New York grill-inspired menu at Oblix, northern Chinese cuisine at Hutong and contemporary British food at Aqua Shard.

If a trip to London is on the cards, its many attractions are there to help make it the trip of a lifetime. Don’t forget to book a stay at one of our top London hotels to be close by. 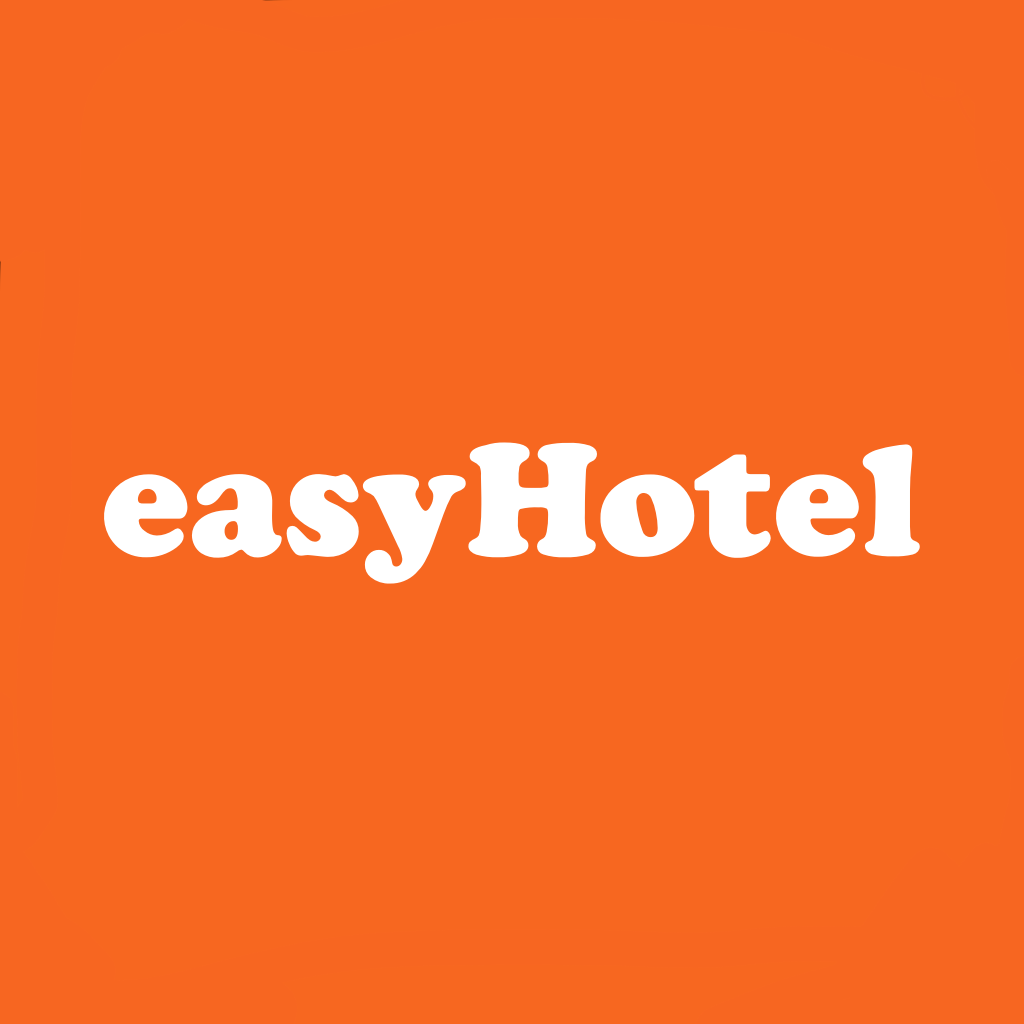